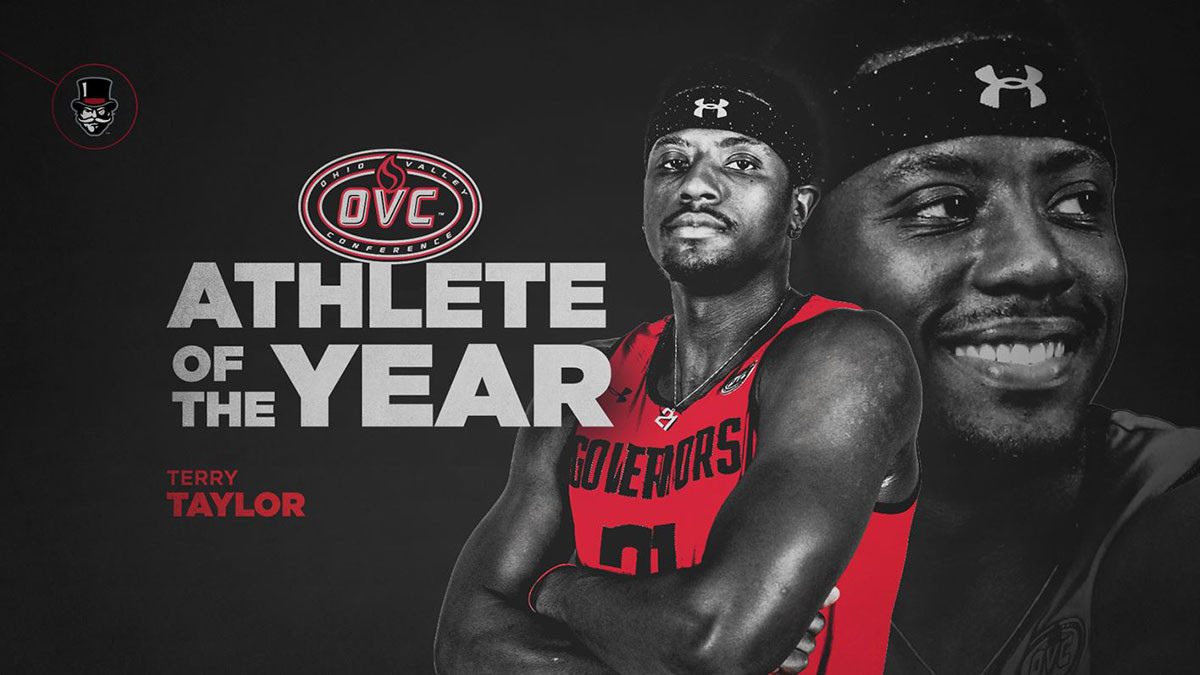 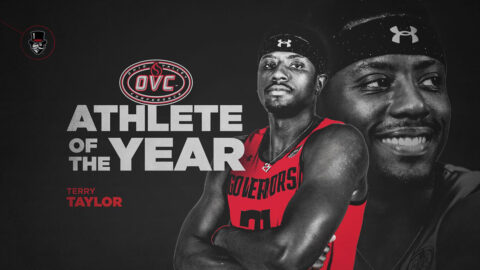 The honor cements Taylor’s place as one of the greatest, not only in Austin Peay State University history but also in OVC history.

The OVC presents the Male Student-Athlete of the Year annually to the student-athlete who is deemed the top player in the league regardless of sport played each year. The award is voted on by the conference’s athletics directors and sports information directors.

Taylor’s case as one of the greatest players in league history has continued to gain steam over the course of his career, culminating in a senior campaign that saw him shatter Austin Peay’s career scoring record and become just the fifth player in Ohio Valley Conference history to score 2,000 points and grab 1,000 rebounds in his career. In the history of NCAA Division I basketball, Taylor is one of only 120 players to reach that milestone.

Taylor also was named first-team All-OVC for the fourth-straight season—he’s only the third player in league history to earn that accolade four times, joining Eastern Kentucky’s Nick Mayo and Western Kentucky’s Ralph Crosthwaite, who did so roughly 60 years apart.

There is of course the small matter of what Taylor has done this season to shape his narrative as one of the greatest players in school history. He’s the all-time leader in scoring (2,507 points), field goals made (967), and field goals attempted (1,804). He also finished among the program’s top-10 in rebounding, free-throws made, free-throws attempted, blocked shots and three-pointers attempted.

As these honors encompass his final season in an Austin Peay uniform, it’s fitting to include the highlights from yet another exemplary campaign.

Earlier this offseason, he was named both National Association of Basketball Coaches and United States Basketball Writers Association All-District honors, his fourth straight from the NABC and second in a row from the USBWA. He also earned a second-straight Lou Henson All-American honor from CollegeInsider.com and is now training for his professional career.