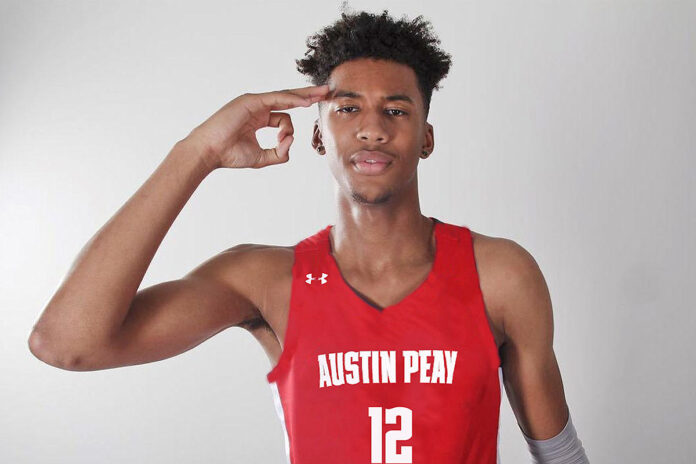 Last season at San Jose State, Robinson played in 30 games, making 11 starts for the Spartans. The 6-9 forward averaged 7.5 points and 4.6 rebounds per game while shooting 48.6 percent from the field and 73.6 percent from the free-throw line. Robinson also had 37 assists to go along with 20 steals and 21 blocks.

Prior to joining the Spartans, Robinson spent two seasons at Ole Miss, redshirting during the 2019-20 season. In 2020-21, Robinson played in six games, averaging 1.3 points and 0.8 rebounds per game with one block. Robinson’s best outing as a Rebel came against former Ohio Valley Conference foe UT Martin, scoring six points in seven minutes on 2-of-5 shooting from the field.

Robinson was ranked as a four-star prospect and No. 85 nationally in the 2020 class by ESPN, but finished high school in the summer to reclassify and become part of the 2019 class. Originally from Chicago, Robinson moved to Gilbert, Arizona as a sophomore before becoming the fourth-best recruit in the state. In one season at Eduprize High School Robinson made an immediate impact, leading the Eagles to a 26-2 record that included a school-record 19-game winning streak and a Canyon Athletic Association (CAA) Division 2 State Championship.

In one season at Eduprize, Robinson averaged a double-double with 22 points and 12 rebounds per game. Robinson was named First Team All-State, Conference, and Defense. In the state championships game, Robinson nearly earned a triple-double with 20 points, 10 blocks, and six rebounds. Earlier in the season, Robinson had a season-high 42 points to go along with 11 blocks against Bell Vista High School.