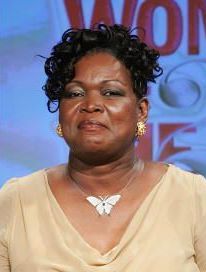 Alice Coles of Bayview Virginia will be the guest speaker at the Austin Peay State University’s Library Athenaeum located on the third floor of the APSU Felix G. Woodward Library. This event will take place on March 26, 2008 starting at 1:00 p.m.A film screening of the documentary Black Soul will be shown followed by a question and answer session. Black Soul documents the rebirth of the rural town of Bayview, VA, and how Alice Coles led her community to change. Coles, 53, is now the director of the Citizens of Bayview for Social Justice the nonprofit organization which was formed by the Bayview residents.

Alice Coles is a community builder and activist who’s hard work and dedication to the rural town of Baywiew helped give positive redevelopment to a town that had not changed very much since African Americans began to settle there after the Civil War.

Until 2003, most of the 114 residents of Bayviewlived in the kind of abject poverty that is difficult to grasp: two- and three-room shacks with no running water and no heat, and the constant threat of fires from faulty electrical wiring. In the last year, most of those people have moved into modern housing, thanks largely to the efforts of Alice Coles.

In 1994, this single mother of two learned that the state of Virginia was planning to build a maximum-security prison on land that her ancestors had farmed for more than 300 years. “We decided to fight it,” Coles recalls, “because we didn’t have anywhere to go and we didn’t have anything to lose.” Coles, who at the time was making $5,000 a year handpicking the meat out of crabs, educated herself about how the Department of Corrections worked and traveled to Richmond to testify against building a prison less than a mile from where her children attended school.

“I didn’t have two pennies to rub together, but I told them about our dedication to our land and our children. And they listened.” Flush from that victory, Coles organized her neighbors and began applying for federal and state housing grants to turn the eyesore that was her community into a jewel. Today, 42 of a planned 132 homes are built, as are a greenhouse and a community technology center. Coles said:

“We have to look within ourselves for that one gift God has given us and use it. We just need to look around and see how we can make this world a better place to live.”

Alice Coles has appeared on 60 Minutes, PBS, and is a 2005 Impact award honoree and winner. These are just a few of the many awards and public appearances this community builder has received.

This event is sponsored by the APSU Alumni Association Center of Excellence for the Creative Arts, the Felix G. Woodward Library and the Wilbur N. Daniel African American Cultural Center.