‘Abstinence Only’ is government censorship 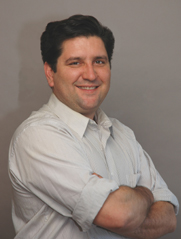 Chris Lugo, author of this position statement, is the Green party Candidate for the Tennessee State Senate.

According to a recent report from the Center for Disease Control and Prevention, at least one in four teenage girls nationwide have a sexually transmitted disease. Clearly abstinence only school programs do not deter young people from sexual activity, but in fact this direction actually deters young adults from access to information that they need to make responsible and safe choices. We must act immediately to withdraw funding for this program and allow teachers to present sensible sexual education curriculum.

As a candidate for federal office I believe that young people must be presented with all the facts available to them. Instead of relying on religious rhetoric and the value system of a fundamentalist minority, I believe that we must look clearly at human behavior as biological fact. The school system is not an avenue for proselytizing about various belief systems. Sexual activity is a fact of life, much like any other human activity and young people need to know the facts before it is too late.

Abstinence only until marriage curricula is censorship, pure and simple. Any school program that withholds scientifically valid information does not present young people with the full range of options they will actually face in life. This is a betrayal to the trust of our students who will carry the scars of misinformation with them their entire lives, both physically and psychologically. We must present them with all the information that they need to know at an appropriate age when they need to know it. 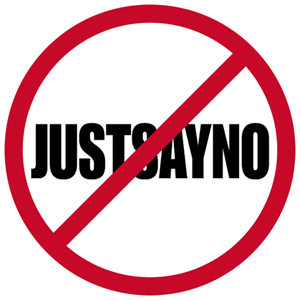 Seven years after abstinence only education was introduced into the school curriculum, many people are still not aware of the damaging affects that it is having on our young adults. The legislation uses the federal government to teach that abstinence is the only definite way to prevent sexually transmitted diseases and pregnancy. Additionally the curriculum teaches that monogamous relationships within the context of marriage are the standard value system and anything else could be damaging, both psychologically and physically. School systems that have agreed to teach abstinence receive significant grants from the federal government via their state.

The problem with abstinence only education is that it isn’t real. It isn’t grounded in science or in fact. What we know is that the average teenager will become sexually active before they leave high school regardless of what the government tells them they should do. Educators who teach abstinence only know that it doesn’t work but they teach it anyway. So what they are really teaching is morality, which is the whole point of the legislation.

Withholding information from young people can be harmful. What our high school and junior high students need is comprehensive sexual education classes that are presented the way that they were intended to be taught. Our young people are worth the investment and telling them the truth about sex is the best bet to minimize the impact of the choices they are going to make. By fully educating our students about the risks of STD’s [Sexually Transmitted Disease] including HIV and the risk of pregnancy, and by presenting them with the range of contraception choices available to them along with the basic facts about human sexuality we are giving them the best tools to go into the world prepared.

By investing in comprehensive sexual education we can redirect the federal budget toward sensible priorities. The cost to taxpayers of abstinence only has been estimated to be as high as $500 million dollars when considering matching state funds. By eliminating abstinence only curricula we will also save public health dollars by providing reliable information which can help prevent costly misinformed decisions among sexually active teenagers. If elected to office I will work to see that Congressional appropriations regarding abstinence only education is brought before the public for hearings and debate and that the appropriations process does not automatically qualify for funding each year without review. It is the best decision for students and their future.

Chris Lugohttp://www.chris4senate.org/
Chris Lugo is a peace activist who has been involved in the movement for peace and global justice for twenty years. He is currently seeking the Green Party nomination for US Senate in Tennessee.
RELATED ARTICLES
Education