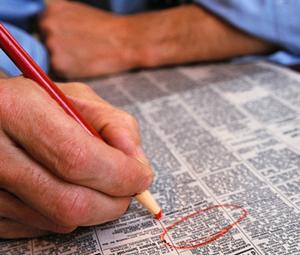 America is in the midst of a recession largely attributable to the economic policies of the Bush administration and the Republican party. As a result of this recession, millions of hard working Americans have been put out of work. Almost every family in this country has been touched by the current recession. On top of this, consumers are being forced to pay record high gas prices and hundreds of thousands of people have lost their homes due to foreclosure. Now is not the time to cut tax paying American citizens off of their unemployment benefits.

As a candidate for federal office I support House Resolution 5749, the Emergency Extended Unemployment Compensation Act, which will provide an additional thirteen weeks of extended unemployment benefits in most states. This means that 3.8 million citizens will continue to receive benefits through March of 2009.

I fully support the intentions of this legislation and would support companion legislation in the US Senate if elected to public office. It is only the first step towards a clear path out of the current economic recession, but it is a sign to the American people that our representatives and those candidates who are running for office believe that the government is there to serve the people. We know that families are suffering right now under the high cost of food, medicine, fuel, housing and other basic goods.

The reason that we are in this economic crisis is clear. The Bush tax cuts which provided tax breaks for billionaires and wall street bailouts have broken the back of the American treasury. Hundreds of billions of dollars thrown down a hole in Iraq has not helped the situation any further and the mushrooming federal deficit, which currently stands at nine trillion dollars, have all played their role in the current situation. It is clear that what is needed are policies and legislation which supports working families and puts Americans to work.

Now is not the time to take away unemployment benefits for people who have worked hard and contributed. The cost of extended these benefits is just a sliver of the billions we are wasting on death and destruction in Iraq. Let’s reinvest in America and let’ start by investing in the American people. By doing so we will ensure a more secure and prosperous future for everyone.