One writer’s “best reads” of the year 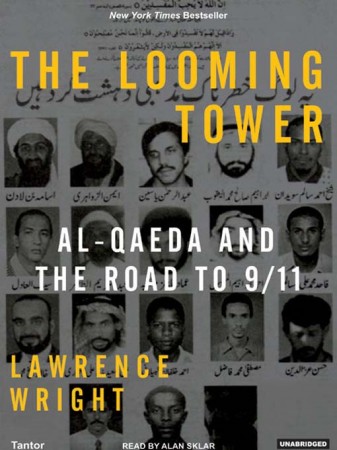 This year I read a lot of books, or least a lot of books for me.  A couple  stand out in my mind, and so I thought I would share them with you.

This book is tireless in its details; but do not let that discourage you from giving it a read.  The book  is rather short at 373 pages; however, it is heavily noted and very user friendly. It contains a 10 page glossary of principal characters with brief descriptions of their importance; which is a invaluable resource in helping the reader keep track of the multitude of players with similar names.

Like most other histories of Muslim fundamentalism (such as the BBC video series “Power of Nightmares”), Wright starts with the story of Sayyid Qutb.  Qutb was an Egyptian writer and Muslim that traveled through America in the late 1940’s.  His experiences and perceptions, started the generational snowball that  led to 9/11.

A fascinating book for those looking for a way to “deal more wisely and effectively with continuing terrorist threat.”

This was hard read for me, but well worth the effort.  It did win a Pulitzer Prize, something I did not know when I was reading it.  It is available in hardback on the second floor of the Montgomery County Library ( 973.931 WRI), and they also have it on CD on the first floor (973.93 WRI). 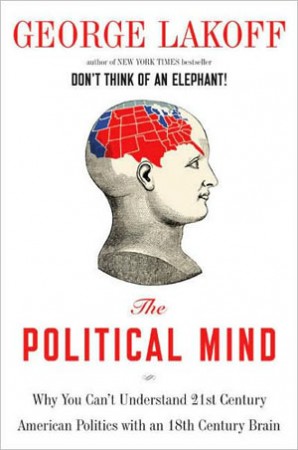 Lakoff, a cognitive scientist,  looks at 30 years of scientific research on the human brain, and asks some political questions.  What he finds is the political divide is “not just in geography, religion or even power”, it in our heads (no pun intended).

Our country was born from the age of Enlightenment when reason was king, and emotion  was irrelevant.  Emotions were seen as just cluttering the issue at hand.   The idea an educated, well informed, rational society will make rational, logical, fact based decisions and  be able to adequately self govern.  Rational being making rational decisions is an underlying foundation of our society, from the judicial system to the nightly news.  Lakoff shows us that we do not act rationally, and asks why.

Science tells us that 98% of our thought is unconscious.  We are only aware of 2% of our thoughts.  Lakoff demonstrates that this heavily impacts our society through word choice, metaphors, and the framing of issues..  A good example is when the Republicans discussed the Democrats plan of a timeline to exit Iraq.  Republicans used the term “cut and run.”  A person can’t hear “cut and run” without the feeling of cowardness or surrendering .  Another good example is using the term “surge” in the Iraq war, as opposed to using the word “escalation.”

Lakoff offers some constructive criticism for the “liberal” thought process.  Liberals argue by listing of facts like an encyclopedia and expecting people to digest them like a machine and arrive at logical, rational conclusions.  Sound familiar?  It did to me.  “Conservative” thought prefer to use emotions over lists of facts.  Now you’ll have to read the book, because the liberal thought process is not just used by liberals, and vice versa, with the conservative thought process.  Lakoff argues against the metaphor of politics being described as right and left.

Lakoff tempers the science of the brain with  bits with pop culture, which keeps the reader interested and makes them aware of the ingrained nature of what Lakoff is discussing.  He brings in the Anna Nicole saga, Reagan’s fictional “Welfare Queen”, the latest in neural science, and a analysis of framing and metaphors, to provide insight as to why reason alone is ineffective, that we need emotion, and new enlightenment.

Hands down this was the best book I read all year.   It taught me to listen to what people are saying during a politcal conversation, instead of thinking of what I will say next to refute what I think they are saying.  We all have more in common than we are lead to believe; that commonality should be the starting point for change, not the places where we differ.  This book will help you be a better communicator, listener, and thinker.

This is available on the second story of the Clarksville-Montgomery Library (320.01 LAK).