Editor’s Note: We apologize for the delay in the publication of this story. 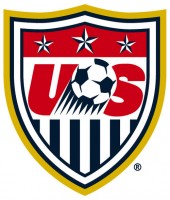 Coming into the game the US team was ranked 17th in the world and Trinidad & Tobago ranked 75th. But regardless of the ranking and the over matched star power that the US team possessed that did not discourage the Trinidad supporters from coming out to cheer their team on.

Trinidad & Tobago fans come from as far as New York City chatting homeland songs while waving their country flags and beating on drums. A group from Clarksville and Fort Campbell had their own cheering section and for many it was just like a family reunion as they hugged and greeted fellow countrymen, women and children who had come from numerous states and from across the waters for this game.

Ivan Roberts a native of Trinidad and retired U.S. Army soldier from Clarksville accompanied this writer on this my first professional major soccer game.

Boy, I was surprised by how little I knew about the game but thanks to Ivan I soon caught on. I had no idea that most of the game is watched by many of the fans standing up. Those that did not stand had to watch the game on the giant score board and screen to see over the crowd.

With over 30,000 people in attendance history was made with the largest crowd to ever attend a soccer game in the state of Tennessee. This was truly an international crowd with many people wearing their country colors or soccer club team uniforms.

With the fans cheering USA, USA while  waving the American flag and fireworks going off in the end the US Team won by a score of 3-0. But in Trinidad’s defense this was their third game in two days and they sure looked tired and sluggish throughout the game.