The Laramie Project comes to the Roxy Regional Theatre 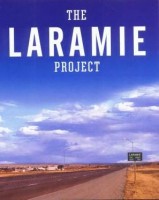 The art of theatre exists to shine a light into even the darkest corners of human existence. It is an exercise in examining our culture and the social rules that govern our lives.

A team of playwrights created The Laramie Project in 1999 to explore the events leading up to, and the reactions following, the death of Matthew Shepard on October 12, 1998. It is widely believed that the gay University of Wyoming student was brutally beaten and killed in a homophobic hate crime.


The Tectonic Theatre Project used hundreds of interviews, news reports, and company members’ journal entries to create the Laramie Project. For a decade, this play has provided an intimate perspective on the life of Matthew Shepard, and the lives and attitudes of his community. Ten years later, the group revisited the community of Laramie, Wyoming, and created a new work to reflect on the ten years that have passed since Matthew Shepard’s murder.

On October 12, 2009, the Roxy Regional Theatre will be one of only 100 theatres across the United States to produce a staged reading of The Laramie Project: 10 Years Later. Join us for this landmark event, held on the 11th anniversary of Shepard’s death.

The performance will be at 7pm. Tickets are $20 suggested donation. Purchase online at www.roxyregionaltheatre.org, or call (931) 645-7699 during regular box office hours (9am-2pm, weekdays).