Bud Willis will be at the Blackhorse Pub and Brewery on Franklin Street in Historic Downtown Clarksville from 3:00pm-6:00pm on Tuesday December 8th to speak, and sign copies of his recently published book, Bluestocking.

Bud retired after a successful 34 year career in the securities business. Clarksvillians may remember him as the one time manager of the J.C. Bradford Company in Downtown Clarksville.

In 2008 Bud appeared as a guest in the “Everyone Has a Story” series hosted by the NBC Today show with Kathie Lee Gifford and Hoda Kotb. There he related the heartwarming story of a life changing experience he had as a Marine medivac helicopter pilot during the Vietnam War.

You can pick up a copy of the book at Dunn Insurance located at 409 Madison Street, or purchase one at the book signing. The book costs $16 each, you can also pick up a package of 10 for $140. Profits from this event will benefit the Clarksville-Montgomery County Education Foundation.

Our review of Bluestocking

One of nine children, Bud Willis was raised in a simple time with simple values. The story of the Willis clan is a classic tale of southern life. Common sense, Hard work, and Thrift were central parts of his life from a young age, as his mother had limited resources available to support her large family. Falling prey to alcoholism and the associated issues that problem brings with it,  Pete left the family early in 1947 following a intervention by his son Horace. As a single mother, Margret personally instilled in each of her children the tools they needed to succeed in life.

In the book Bud divides the brothers and sisters into three distinct era’s:

In spite of the poverty brought on by the Great Depression and losing the financial support from their father, thanks to Horace’s and Margret’s hard work the children’s childhood years were almost idyllic. Oh sure there were problems to deal with but using her philosophy of “No sense of crying over spilled milk” they were handled as they arose.

Bud mixes tales of his childhood in the south with observations about the events of the period. The conflict of the Happy Days lifestyle of the 1950’s contrasted with the paranoia of the Cold war, Truman and MacArthur, The Korean and Vietnam wars, and much more. For those who did not live through this tough time for our nation Bud gives you a glimpse at what it was like.

…Not many people are aware, then or now, that the Vietnam war was fought over rice.

Bud entered the U.S. Marine Corps after going to college at Tennessee Tech. Deciding that he didn’t want to be a foot soldier, he entered flight school.

All the pilots knew there was a one hundred percent chance that we would all be sent to Vietnam. The only question is whether it was low and slow in a helicopter, or high and fast in a fixed wing jet.

It ended up being low and slow in a helicopter as a medevac pilot.

Medevac is the most dangerous, but also the most rewarding of all combat missions. Mostly because where you find a wounded soldier, you usually run into the people that wounded him.

This is where he encountered the soldier that would change his life, one of his severly wounded passengers, whom after being unloaded he insisted that the helicopter’s crew chief thank the pilot for the ride. According to Bud, there wasn’t a dry eye on the copter during the flight back.

I have told this story many times to teary eyed audiences with the message that we should always show gratitude and thank people every day, and to thank God for heroes like that young Marine.

Bud eventually appeared in the Today Show interview shown above to relate his story about this incident.

After he left the Marines, Bud became a broker. His observations on the events leading up to the financial crisis are refreshingly blunt.

When Wall Street sneezes, the whole world catches a cold. The bloodletting was relentless. Our own investment bankers had done what Bin Laden could not, they brought down the world economy. It was crashing down around our necks. Wall Street had securitized everything that wasn’t nailed down; and packed it in bales of greed so large that, when the end came, the losses were monumentally catastrophic.

The writing in the book is clear, and to my delight was written with a smooth word flow in mind. That is quite refreshing, because that is how I try to write when doing an article. It makes for a very easy and enjoyable read. You will laugh, and you may even cry. The book is more than worth the time it takes to read it. The only critique I would offer is to suggest the addition of an keyword index otherwise I wouldn’t change a thing! If you are able to, you should come to see Bud tell his story live at the Blackhorse Pub & Brewery at 3:00pm on Tuesday! 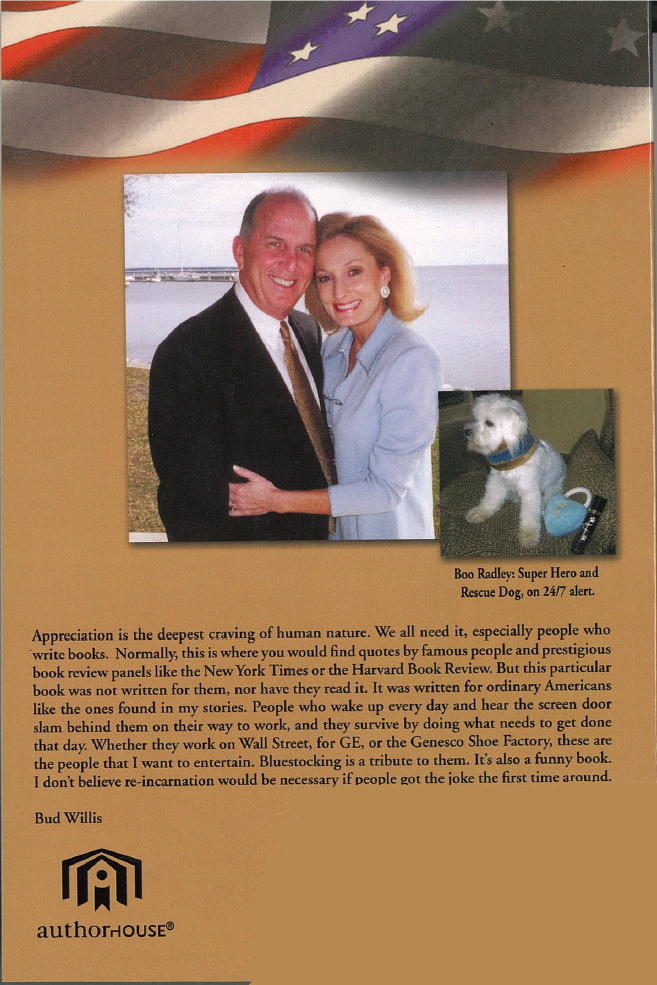 Clarksville’s Downtown Market has something for everyone