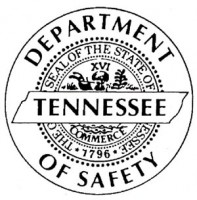 An average of six school-age passengers are fatally injured inside school buses each year, but an average of 16 are killed getting on and off the bus.

More than half of the children killed in school bus-related crashes are ages five to seven years old.

“Inattention” and “failure to yield” were factors most often reported by police in those crashes.

The Tennessee Department of Safety’s Pupil Transportation division of the Highway Patrol inspects school buses from school districts across Tennessee annually. During the 2009-10 school year, 10,595 buses were inspected with 1,138 being placed out of service.

All school bus drivers in Tennessee must attend an annual training course in order to receive and maintain the school bus endorsement on their Driver Licenses. During the 2009-10 academic year, more than 12,000 received training.

In 2009, State Troopers issued 5,445 citations in school zones across the state.  Of those citations, 973 were issued to drivers who were speeding, while one driver was cited for passing a stopped school bus.

An estimated 440,000 to 480,000 public school buses navigate roads and highways in the United States each year, traveling approximately 4.4 billion miles.

School buses are nearly nine times safer than passenger vehicles.  But children must take care when boarding or leaving buses.

Young children are most likely to be injured around school buses because they:

For Children — Getting On and Off The Bus Safely:

When Riding in a Car:

When Riding a Bike:

The Tennessee Department of Safety’s mission is (www.tennessee.gov/safety) to ensure the safety and general welfare of the public.  The department encompasses the Tennessee Highway Patrol, Office of Homeland Security and Driver License Services. General areas of responsibility include law enforcement, safety education, motorist services and terrorism prevention.