Clarksville, TN – Austin Peay will look to put a bow on the pre-Christmas Break portion its 2010-11 schedule when it hosts Ohio Valley Conference co-leading Morehead State in a 5:15pm, Tuesday contest at the Dunn Center.

The Lady Govs wrapped up their season’s first home victory in their last outing, a 70-60 decision against Eastern Kentucky, Sunday. Austin Peay won the rebounding battle, 47-29, for the fifth consecutive game, but this time turned the edge into a victory, scoring 19 second-chance points off its 22 offensive rebounds. The Lady Govs offense continued its recent struggles, making just 32.8 percent (20-of-61) of its field goals.

Junior Whitney Hanley continues to lead the Lady Govs, averaging 13.5 points per game and ranks among the league’s leaders in eight of 13 statistical categories. Eight Lady Govs players are averaging more than 10 minutes per game, Hanley leading the team with 32.8 minutes per outing. 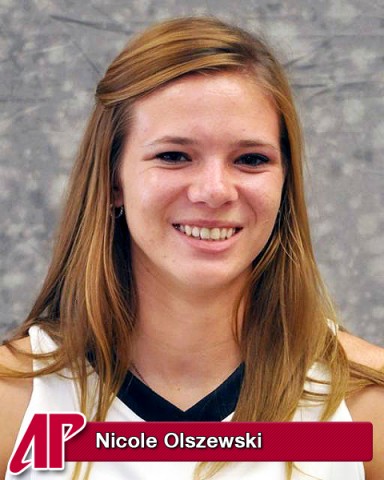 Morehead State won its fifth-straight contest but had to survive a scare from Tennessee State, before winning a 62-58 decision, Sunday in Nashville. The Eagles won courtesy a dominating rebounding edge (44-29) that saw them score 27 second-chance points off 21 offensive rebounds.

Morehead State is a five-woman squad with its five starters each averaging more than 27 minutes per game and three – Bozeman (35.2 mpg), Harris (35.1 mpg) and Courtney Lumpkin (33.8 mpg) – ranking among the league’s top five in minutes played. Bozeman leads the Eagles with 16.7 points per game and has made 25 three-pointers (2.3 pg). Harris is averaging a double-double of 12.9 points and 10.8 rebounds per game. 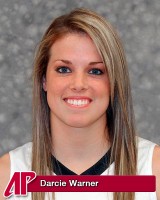 Senior Darcie Warner scored a career-high 17 points, 16 coming in the first half as she went 6-of-8 from the field. Her previous career-best was 12 points against Middle Tennessee  (11/21/09) a year ago.

Freshman Nicole Olszewski also set a career-high with 18 points, scoring 12 in the second half. That included 9-of-10 free throws in the final 20 minutes.  The nine free-throws made not only were a career-best, topping the four she made at Eastern Illinois, they were as well a season-best for the Lady Govs.

APSU’s three overall leading scorers, junior Whitney Hanley (14.1 ppg), sophomore Meghan Bussabarger (9.5 ppg) and junior Jasmine Rayner (9.3 ppg), combined for only 22 points between them, with Rayner (12 points) the only double-figure scorer. The trio all fouled out, with Bussabarger limited to just 13 minutes and Hanley 27.

With their 47-29 rebound advantage against Eastern Kentucky, the Lady Govs now have out-rebounded the opposition in five straight games. In the past three games, APSU has a 140-86 advantage, or a +15-rebound per-game advantage.

Austin Peay’s defense limited EKU to one field goal in the first 12:13 of the contest and forced 11 turnovers during that time frame.

The Lady Govs committed 22 turnovers, making it the fifth-straight time APSU has committed 20 or more turnovers and the ninth time in 12 games they have done it.

Austin Peay begins its post-Christmas slate with a four-day trip to Pittsburgh where it will play a pair of contests. First up is a 6:00pm (CT), Tuesday, December 28th contest against Big East member Pittsburgh. The Lady Govs lost a 76-75 overtime decision to the Panthers at the Dunn Center last season.

The Carrie Daniels Show tips off with a 6:00pm, Wednesday show live from Edwards Steakhouse on Franklin Street in Clarksville.