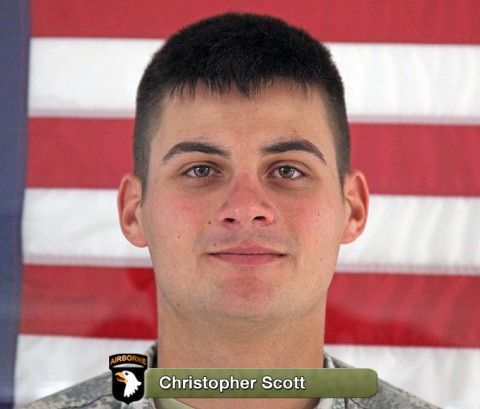 Specialist Christopher John Scott, 21, of Tyrone, NY, was a Military Policeman assigned to the 561st Military Police Company, 716th Military Police Battalion, 101st Sustainment Brigade. He entered the Army in July 2009 and arrived at Fort Campbell in May 2010.

Scott is survived by his parents, Kenneth and Tammy Scott of Tyrone, NY.