Investigations by Detective Chris Nolder, Detective Tracy Woodruff, and Investigator Steve Heise lead to development of Shane Androws and Taryn Baggett as suspects in a string of residential burglaries occurring in the city and county. 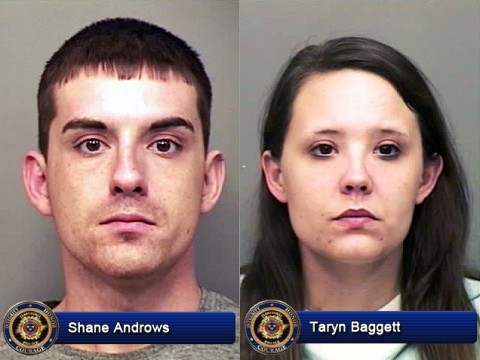 Androws was linked to the theft of jewelry, electronics, and firearms worth over $40,000 taken from four different residences. Additionally, Androws, who is a convicted felon, had purchased a handgun and had it in the vehicle with him.

Baggett was involved with driving Androws to one of the burglaries, acting as a lookout, and transporting stolen goods. Some of the stolen property from the burglaries was recovered when Androws and Baggett were taken in custody.

The investigation is ongoing and more charges are expected.