The Red, White And Bluegrass Show includes The Roys, The Gibson Brothers and Steep Canyon Rangers, and the music kicks off at 7:30pm. Tickets for the Show are on sale now and are only $26.50.

Fans that arrive early can enjoy Pickin’ On The Plaza festivities which is free of charge and begins at 6:00pm. For more information, go to www.ryman.com or www.theroysonline.com.

Ryman Auditorium, recognized by the State of Tennessee as the Birthplace of Bluegrass, represents something different to everyone, but it remains one of the most-cherished stages for artists of all genres. For Lee and Elaine Roy, the chance to walk onto that historic stage is a once-in-a-lifetime experience.

Lee recalls dreaming of performing on the legendary hardwood as a child. He notes, “There is no greater venue to us. Our emotions will be running high.” For his sister Elaine, “Singing on that hallowed stage will be surreal.” With her sense of humor intact Elaine jokes, “If you hear a big thud following our performance that will be me hitting the floor after passing out!”

The Roys were busy earlier this month at CMA Music Festival 2012. They rode in the event’s opening day Parade, conducted interviews and performed songs from their current CD, Lonesome Whistle, on the Chevy Roadhouse, Durango Acoustic Corner and Nashville Convention & Visitors Bureau stages. The Roys also entertained fans and signed autographs at one of their favorite venues, the world-famous Ernest Tubb Record Shop. 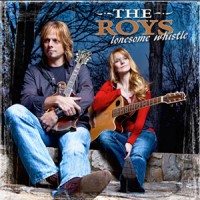 The reigning Inspirational Country Music’s Bluegrass Artist of the Year, The Roys, come from a unique musical family and are known for their superb sibling harmonies, “rootsy” sound and compelling original songs. Their current CD, Lonesome Whistle (Rural Rhythm Records), debuted at #7 on Billboards’s Bluegrass Albums Chart and combines the best of the genre’s traditions with the promise of its future.

The Roys have shared the stage with George Jones, Lady Antebellum, Janie Fricke, The Oak Ridge Boys and Chris Young, among others. They have toured extensively throughout the U.S. and Canada and made their debut in Australia this past January. The duo has enjoyed high-profile national TV gigs on ABC, FOX, GAC, PBS and RFD, hosted seven episodes of the Bluegrass Mountains TV show and more.

In April, the two co-hosted the first annual Christmas 4 Kids Celebrity Golf Tournament with Tennessee Titans’ Placekicker Rob Bironas. The Roys were previously honored with the ICM’s Duo of the Year Award in 2010 and 2009.

Currently they are featured in the 2012 Vietti Vinyl campaign and appear on 500,000 cans of the brand’s Family Style Beef Stew sold in Family Dollar stores in 25 states.  Lee and Elaine are also spokespersons for Compassion International, a child advocacy ministry.