Clarksville, TN – On September 24th, 2012, around 5:30pm, Clarksville Police Officers responded to a shooting in progress call in the Barkwood Drive area.

When officers arrived on scene, the shooting suspects had already fled from the area in an older model light gray Ford Thunderbird. The 41 year old female and 24 year old male victims were still at the scene, unharmed.

But one of the victim’s Chrysler 300, was stuck in a culvert and had been hit by gunfire. Officers combed the area but could not locate the suspects or vehicle.

Detectives Jennifer Szczerbiak and Alan Morgan responded to the scene and took over the investigation. Their investigation revealed the confrontation took place after a two year old took a balloon from a house that was going to be shown by a realtor. 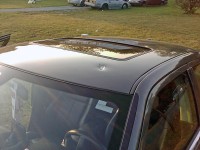 When the balloon was retrieved from the child by the 24 year old man, a verbal argument ensued with some of the residents at the dead end of Barkwood Drive. As the argument escalated, the victims retreated to the Chrysler 300.

Shortly after that, a Ford Thunderbird with five males arrived and tried to block the Chrysler’s path. As the men exited the Thunderbird, one of them displayed a handgun and started shooting at the victims.

The driver of the Chrysler reversed in an attempt to escape, but got stuck on a culvert, at which time, handgun rounds were shot into the door and hood of the car. The suspects reentered their vehicle and continued to shoot at the Chrysler as they left the area. 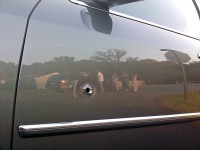 Additionally, one of the handgun rounds hit a residence on Barkwood Drive.

Detectives have identified and secured an Attempted Criminal Homicide warrant for one of the suspects, James Antonio Bagwell.

The investigation is ongoing and the lead is Detective Jennifer Szczerbiak.  Anyone with information can call the TIPSLINE, 931.645.8477.