HomeCommentaryTrying to understand our "love affair" with Barack Obama
Commentary

Trying to understand our “love affair” with Barack Obama 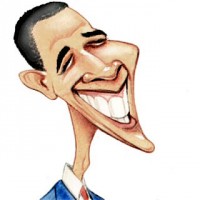 I have never heard of Peter Lemiska until a friend forwarded me a commentary he wrote recently.  It addresses the question of this country’s “love affair” with President Barack Obama.  I’ve wondered that myself.

Peter Lemiska is a decorated military veteran, and  former Senior Special Agent for the United States Secret Service.  In his recent commentary titled, ” Love is Blind, in Life and in Politics” he queries about how in light of this country’s desperate economic situation, President Obama maintains  relatively high poll numbers and popularity.  Lemiska writes:

A possible explanation may have come from none other than 1970s singer James Taylor. During his performance at the Democratic National Convention, Taylor confessed, “I’m an old white guy, and I love Barack Obama.” Of course the audience cheered wildly, but I found his passion somewhat curious, and wondered how many others were so enamored with Mr. Obama.

Some quick research confirmed what most of us already know. There is a segment of the country that is hopelessly in love with Barack Obama. Those in the entertainment industry, in particular, are spellbound by his charms. Screen star Mila Kunis, as well as lesser known, but better educated actress, Meredith Salenger, have also professed an abiding love for Obama. Even country singer Garth Brooks admitted, “I love President Obama to death.”

We’ve always known that Hollywood has supported Obama from the very beginning, but could it be that their affection runs much deeper than anyone could have imagined? Is that bond so strong that nothing can break it?

And it’s not just Hollywood. The media is also in love with the man. Take Hardball host Chris Matthews, for example. Something, perhaps professional ethics, prevented him from uttering those three little words, but we knew he was smitten when those four memorable words gushed from his mouth. That thrill up his leg dispelled any rumors of his objectivity and has made him the butt of jokes ever since.

I’ve been disappointed with the President since Bill Clinton left office.  I did NOT like the eight years of George W. Bush Jr., and the last four years have been a disaster.  It seems that Washington just doesn’t learn.  Both parties are responsible, but the President sets the agenda.  Barack Obama was just not ready to be the leader of the free world.

First, he had only been a Senator for two years, and missed over half the votes taken during that time.  Then it became evident that he had an agenda, (like they all do) and that agenda had nothing to do with my best interests.   Claims of racism, the non-stop blaming of George Bush, party politics, and the ever declining economy indicated to me that he was in way over his head.

I ran a business for 18 years, and make no mistake, you can’t keep making excuses for your declining performance.  I was responsible for many people, and they didn’t care about excuses.  My customers didn’t want excuses either.  They wanted results.  We’ve given the last two Presidents a free pass and it’s destroying you and me.  Look, when you’re done blaming everybody and everything, at the end of the day, the problem still exists, and it doesn’t seem to be getting any better.

How much more of this can we take?

I have a lot of friends who I admire and respect greatly, and they’re “die-hard” Obama supporters, and I constantly ask myself, “what am I missing?”  Just what IS it about the last four years that you want more of?   Does Mitt Romney freak you out that bad?  I’m really concerned that most people are voting because of “hate.”  They hate the other guy.  Just once, I would like to hear somebody tell me what they’re voting for.  We know what you hate, now give me something I can chew on.  What has he done that has made your life better?

This country is broke.  It’s borders are non-existent.  It’s healthcare is in shambles, and don’t get me started on the Middle East. We’re not getting better, it’s getting worse.  You want four more years of that?

Let me ask you.  If the company you work for is losing money, the working conditions are horrible, you haven’t had a raise in years, would you still want the same boss?  Business is business.  It’s not personal.  But politics are different.

I continue to be amazed at how passionate people are about Mr. Obama.  I want to be passionate about my President, but my country is not in very good shape, and while I think he has a lot of great qualities, I don’t want him in charge of making decisions that affect me and my family.  The predicament is that I hear a lot of “haters” of Mitt Romney, and they’re motivated by fear.

Wow!  Does any of that sound familiar?

Yes, that seems to explain everything. Perhaps it’s why so many still adamantly defend Obama, and allow him to blame others for his failed economy. It may explain why they ignore the mind-boggling debt he’s created for our children, the trillions of wasted taxpayer dollars, and the scandals like Solyndra and Fast and Furious. It could explain why they shrug their shoulders at his unilateral and unconstitutional decrees, like those requiring the Catholic Church to contradict established church doctrine. It seems to explain why they readily accept his confusing and evolving stories in a shameful effort to minimize the assassination of an American Ambassador. It tells us why they see greatness where everyone else sees an empty suit.

Those who shake their heads in disbelief at Obama’s committed supporters should cut them some slack. They’re not necessarily foolish, uninformed, or crazy. They’re just in love.

I want to cheer for a guy like Barack Obama like so many of you do.   He’s charismatic, engaging, dynamic, energetic.   I want to be on that guy’s team.  To feel the “love” that others feel.

I’m just afraid I’ll be too broke to care.

You should read Peter Lemiska’s full commentary at Renew America