Ngaio Marsh is a Mystery Writer You Should Know

Clarksville, TN – Named one of the four “Queens of Crime” along with Agatha Christie, Margery Allingham, and Dorothy L. Sayers; Edith Ngaio Marsh is the author of 32 detective novels written between 1934 and 1982. Her detective, Roderick Alleyn marries a painter, Agatha Troy, and solves crime in both England and New Zealand. He meets his wife when she was a suspect in one of the murders he investigates. No one who loves mysteries should miss her work.

Ngaio Marsh was born in New Zealand prior to 1900 when her father got around to registering her birth. It is thought that she was born on April 23rd, 1895. She was educated at St. Margaret’s College in Christchurch, New Zealand, and also studied painting in the Canterbury College School of Art before becoming a member of the Allan Wilkie company where she was an actress. When she first moved to England, she started a business as an interior decorator. 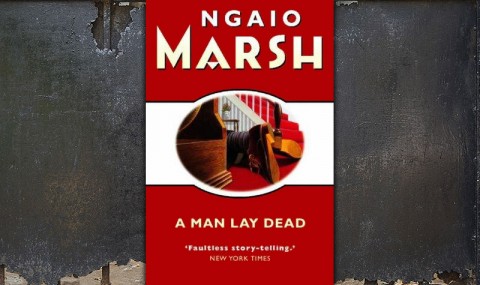 She began her writing career after reading one mystery which she thought might have been one by Agatha Christie. She decided to take up writing as a hobby with no real hope of publication.

She left England for New Zealand after leaving her manuscript with an agent and was totally surprised six months later to learn that the book, A Man Lay Dead, was to be published. She had written the manuscript with a pencil on a couple of inexpensive exercise books.

Several of her novels feature Alleyn in theatrical or artistic community settings since those were her interests. Four of her novels were set in New Zealand and the rest in England. She divided her time between the two countries.

Also a theater director, she presented many Shakespearean dramas with the Canterbury University College Drama Society. Other productions toured Australia and she attempted to start a national touring repertory theater in New Zealand with the New Zealand Players; it was a short-lived enterprise but she did live to see a viable professional theatre industry with realistic Arts Council support, with many of her protégés to the forefront, according to her biography in Wikipedia.

The University of Canterbury honored her with the Ngaio Marsh Theater which seats 430 people.

Marsh never married nor had children. Her home in Christchurch is preserved as a museum. She wrote an autobiography, Black Beech & Honeydew (Collins) in 1965, and an authorized biography, Ngaio Marsh, A Life (Chatto and Windus) was written in 1991 by British author and publisher, Margaret Lewis. Ngaio Marsh: Her Life in Crime was written by New Zealand art historian, Joanne Drayton, and published by Harper Collins in 2008.

In addition to her novels about Alleyn and her autobiography, she wrote two works of non-fiction, NewZealand (1968) and Singing Land (1974). She published six short stories in England, New Zealand and the United States. In addition, she wrote a television script for the British series, Crown Court.

She was named a Dame Commander of the British Empire in 1966.

Two collections of her stories were published after her death on February 18th, 1982; they are The Collected Short Fiction of Ngaio Marsh (1989) and Death On the Air: And Other Stories (1995).

If you are looking for an enjoyable project for the coming cold months ahead, I suggest that you read her novels in order. They are as spellbinding today as they were when they were written and will keep you entertained as you progress through the trials and tribulations of Roderick Alleyn, a true classic in the world of fictional detectives.