Clarksville, TN – Wednesday, February 3rd is National Signing Day–the first for Austin Peay State University under football head coach Will Healy. As commitments come in, be sure to check back at www.LetsGoPeay.com throughout the day for rapid reaction, highlights and more.

And for Governors Club members, be sure to head over to the Roxy Regional Theatre on Franklin Street Wednesday night at 6:45pm to hear Coach Healy discuss Signing Day and the Governors football program. 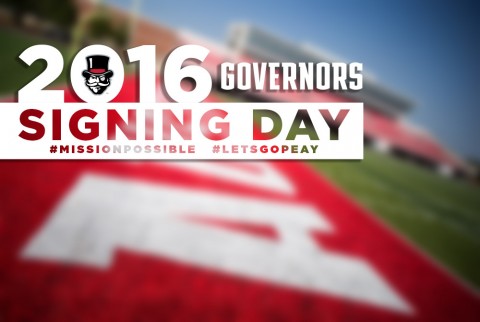