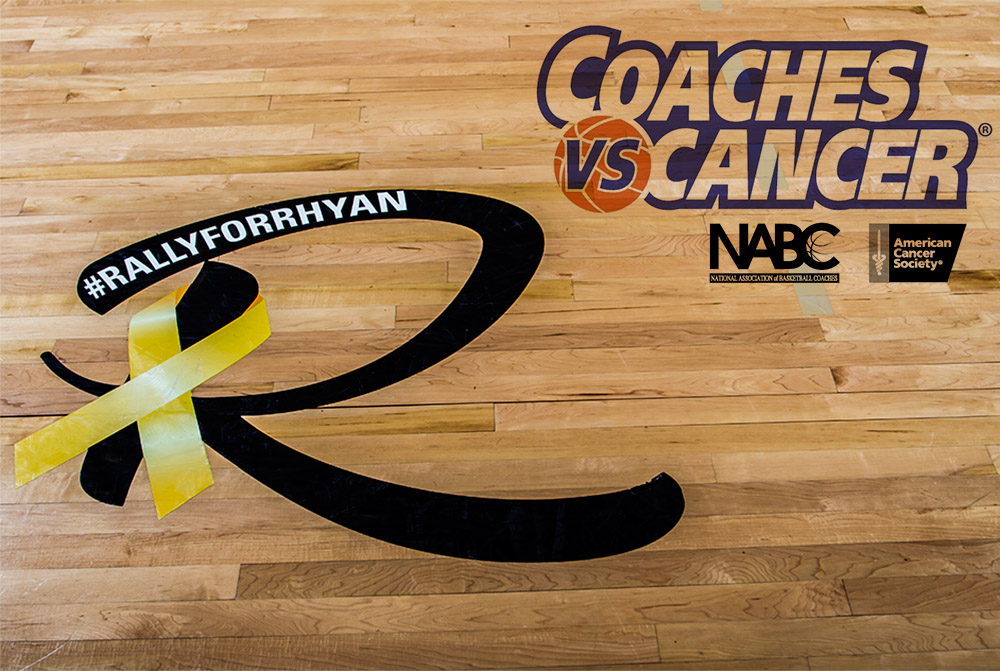 Clarksville, TN – When Austin Peay State University faces Murray State, 6:30pm, Saturday, the contest will be more than just the annual rivalry. It will be Coaches vs. Cancer “Rally for Rhyan Game” as well.

Rhyan is Rhyan Loos, the 5-year-old daughter of Jen and Brad Loos, who is a University of Missouri basketball assistant and former basketball Gov. She is the granddaughter of APSU basketball coach Dave Loos and his wife Phyllis. In October, Rhyan Loos was diagnosed with Stage 4 neuroblastoma, a form of cancer found in children 5-years old and younger. By the time Rhyan’s cancer was diagnosed it already had spread into her bone marrow and bloodstream. 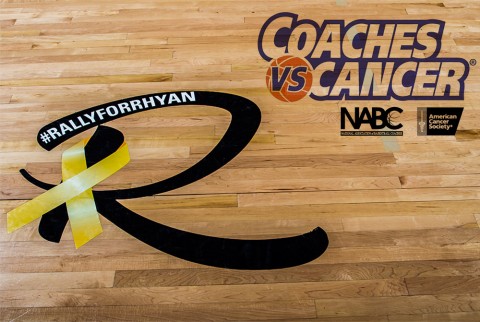 Since October, Rhyan has undergone five intense rounds of chemotherapy. On March 2nd, she is scheduled to have surgery at Memorial Sloan Kettering Cancer Center, in New York City, to remove a greatly-reduced tumor from a kidney. More chemo will follow as will potentially long stays in New York for follow-up treatments.

Shortly after the diagnosis, the catchphrase “Rally for Rhyan” originated from circles around the Missouri basketball program. For social media purposes it became #RallyforRhyan and what started out in mid-Missouri now literally has swept the nation. During OVC Media Day, all league coaches had encouraging messages recorded and sent along to the Brad Loos family. Tennessee State coach Dana Ford wore a #RallyforRhyan shirt during a nationally televised contest.

The Governors basketball team wears shooter shirts with the #RallyforRhyan phrase across their backs. “Rally for Rhyan” decals adorn both sidelines of Dave Loos Court. Other Austin Peay coaches and their respective teams also became involved in the “Rally for Rhyan” cry, sending photos and video messages to support Rhyan. #RallyforRhyan bracelets can be found all over the Clarksville and APSU campus communities.

Businesses in both Clarksville and Columbia, MO, also have initiated “Rally For Rhyan” efforts to bring awareness and support to the cause.

To further raise understanding and backing, during halftime of the Governors-Racers game, “Rally for Rhyan” donations will be solicited from fans to further pediatric cancer research.

Last Saturday’s Missouri home contest against Tennessee in Columbia, MO, was designated as the “Rally for Rhyan Game” to raise pediatric cancer awareness. It raised $50,000 from ticket and “RallyforRyan” shirt sales and donations from fans.

The coincidence is the “Rally for Rhyan” Game at Missouri occurred on Norm Stewart Court. Norm Stewart is Missouri’s Hall of Fame basketball coach (1976-99) and it was his own 1989 battle with (colon) cancer that led to a fundraising partnership with the American Cancer Society—it started out as the Coaches 3-Point Attack—that eventually became the basis for the National Association of Basketball Coaches’ Coaches vs. Cancer initiative.