Los Angeles, CA – Stroke patients whose symptoms quickly improved before hospital arrival did not always have better recoveries than other patients, according to research presented at the American Stroke Association’s International Stroke Conference 2016.

“Patients with very early rapid neurological improvement when first examined at the hospital still need to be considered for therapy to dissolve blood clots, given the high rate of unfavorable outcome,” said Clotilde Balucani, M.D., Ph.D., lead author and research assistant professor in neurology at The State University of New York Downstate Medical Center in Brooklyn.

Since few studies have examined how rapid improvement of stroke symptoms might relate to recovery, the current study sought to clarify this possible relationship.

Researchers found that stroke patients whose symptoms rapidly improved before hospital arrival were more likely to be discharged home, but a significant percentage — one-third to nearly half — were not.

Although data analysis continues, patients who did not return home may have gone to long-term care facilities such as nursing homes or rehabilitation centers, researchers said.

Overall, almost 1 in 5 patients exhibited rapid improvement of symptoms. Compared to patients whose symptoms did not quickly resolve, these patients also were less likely to have high blood pressure and diabetes.

“To the extent that the data show a significant percent of patients with rapid neurological improvement do not have a good outcome, clinicians should strongly consider giving these patients intravenous medication to dissolve blood clots,” Balucani said.

Researchers analyzed data from a large clinical study of 1,700 patients. They used a standard rating scale to measure stroke symptoms, including facial droop, hand grip, and arm strength. The patients’ average age was about 70 years, most were white, and nearly half were female. More than three-fourths had high blood pressure. 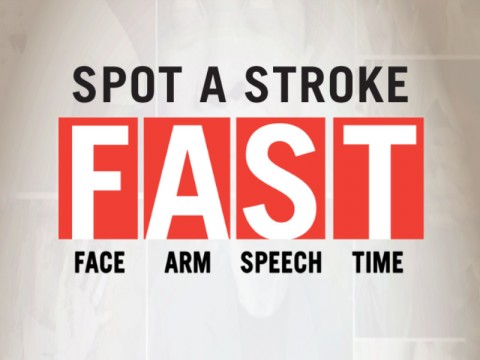 Since the study included patients with symptoms caused by conditions other than clot-caused stroke, researchers plan to test the current findings by analyzing only patients diagnosed with this type of stroke.

Stroke is the fifth-leading cause of death in the United States and a leading cause of disability. During a stroke, a blood vessel to the brain either becomes blocked or bursts, preventing blood and oxygen from reaching the brain.