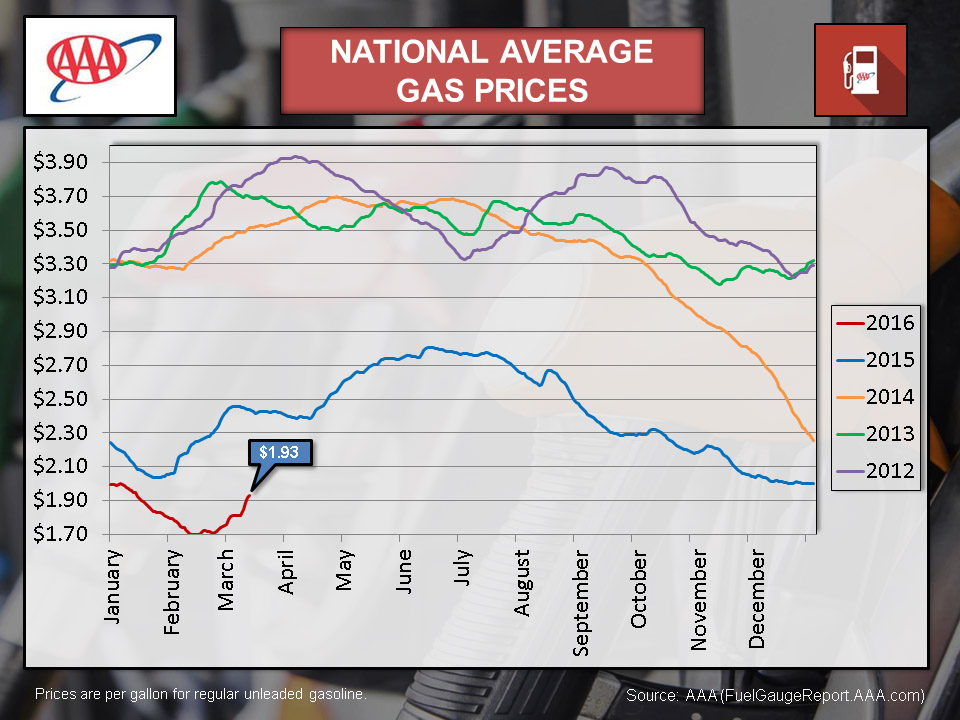 Tampa, FL – Motorists likely noticed another week of increases in prices at the pump. Throughout the past seven days, the average price for a gallon of regular unleaded rose 7 cents in Florida, 12 cents nationwide, 14 cents in Georgia, and 16 cents in Tennessee.

“Gas prices continue on an upward trend, which is normal for this time of year,” said Mark Jenkins, spokesman, AAA – The Auto Club Group. 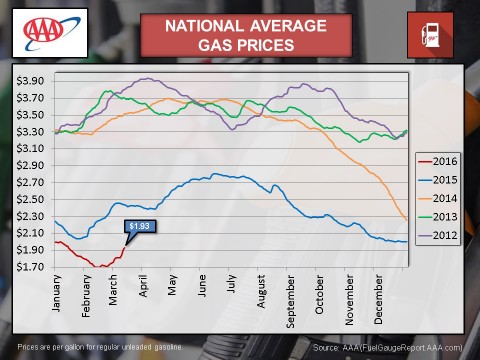 “More motorists are hitting the road for spring vacations, increasing the demand for gasoline, while the supply has begun falling due to refinery maintenance season. These factors, coupled with rising oil prices, have led to the highest weekly price increase since last August. Prices will likely rise another 20-30 cents by Memorial Day weekend, but fortunately should remain well below year-ago levels,” stated Jenkins.

Crude oil supplies remain at record levels this week, but production is nearly 4 percent lower than a year ago and the price of oil rose to the highest level since December ’15. 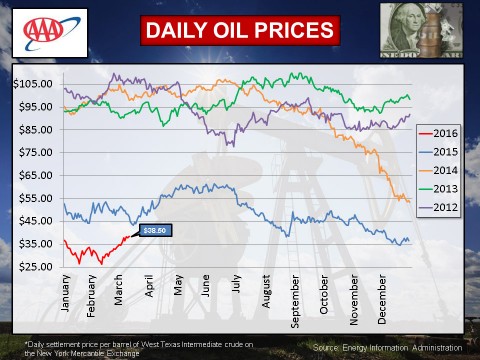 “Expectations that the global market’s current oversupply will narrow later this year, has reportedly led to the increase in crude prices,” Jenkins continued. “Production from non-OPEC countries like the U.S. is projected to decline in the near term, and talks of whether the price of crude oil will move higher as a result are beginning to resurface.” ”

The sentiment that the market will come more into balance is being corroborated by the latest data from the U.S. EIA, which points to domestic production declining year-over-year for the first time in more than four years,” said Jenkins.