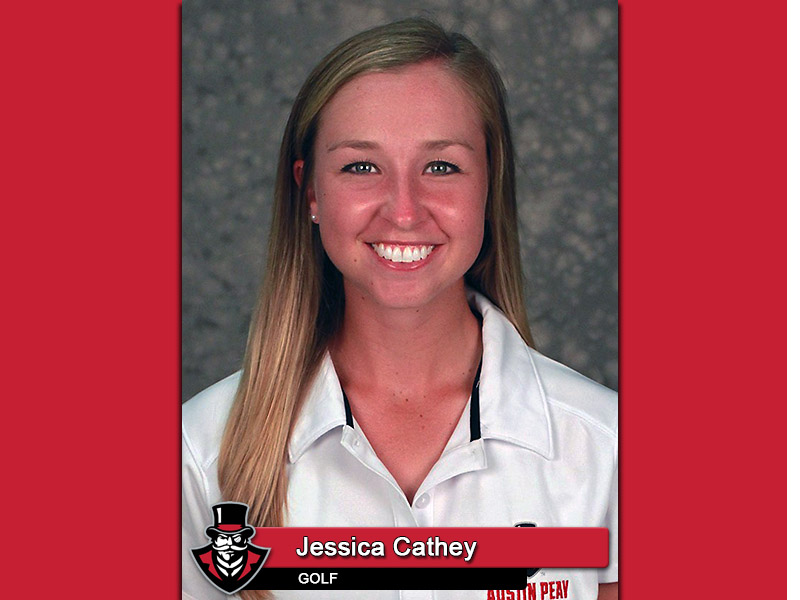 Clarksville, TN – APSU golf stand out Jessica Cathey, who claimed medalist honors in the Saluki Invitational in Carbondale, Illinois, earlier this week, has been named adidas® OVC Female Golfer of the Week. 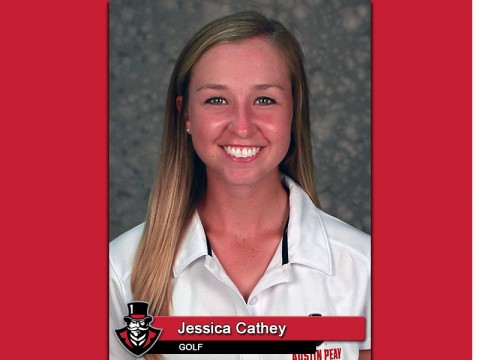 This is the second such honor for the Austin Peay State University Hixon senior, who also gained such distinction last fall after earning medalist honors at the F&M Bank APSU Intercollegiate.

In fact, the Saluki Invitational triumph was Cathey’s third this season.

At the Hickory Ridge Golf Club, Cathey erased a three-shot deficit on the final to win by two shots, shooting a final-round 70 to end at even-par 144 two-day total.  She claimed medalist honors out of 15 teams, including three other OVC squads and 90 golfers at the Saluki Invitational with her two-shot victory.

Cathey led the tourney with eight birdies, five on the final day, and owned a tourney-best 3.85 average on par 4s.

Cathey currently ranks eighth in the OVC in stroke average (76.4).