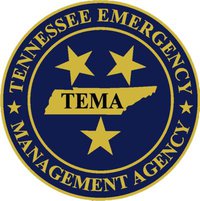 The rotary wing assets were requested by South Carolina through the Emergency Management Assistance Compact process whereby states can ask for help in time of crisis, or other natural disasters.

The Tennessee Emergency Management Agency serves as the mitigating agency for such requests and works regularly with other state emergency management agencies to facilitate these cooperative agreements.

“Our goal is to support every request to the fullest extent possible to aid our neighboring states because we know they would do the same for us”, said TEMA Director, Patrick Sheehan.

These same aircraft were critical in several Smoky Mountain rescues earlier this year and are equipped with a high-speed rescue hoist and a robust medical evacuation capability.

Finally, on Friday an additional HH-60 Blackhawk from Knoxville and two UH-60 Blackhawks, one from Nashville and one from Jackson, with crews, made their way to South Carolina for a total of six aircraft and 27 flight and support personnel. The UH-60’s have a light to medium lift capability ideal for personnel and equipment transport throughout what is often times an austere environment in the aftermath of a hurricane.

All total, the flight crews and aircraft flew over 50 hours of missions assisting South Carolina’s recovery efforts before returning to their respective home stations.

Then came the second call.

TEMA mitigates requests internal to the state in much the same way as those external to Tennessee only without the need for an EMAC.

By Tuesday, October 11th, the Tennessee Forestry Division was on day four of battling dry conditions, pesky winds, and a blaze on Signal Mountain that was difficult to extinguish.

So, Tennessee Guard support was requested and in response they sent a UH-60 helicopter from Nashville equipped with a Bambi Bucket, an essential tool that enables Guard pilots and crews to conduct aerial firefighting in remote areas.

“The current missions highlight one of our most recent training exercises, Tennessee Maneuvers 2016, where we partnered with state and local organizations and other first responders to gain a better understanding of their capabilities, and for them to do the same with ours” said Maj. Gen. Max Haston, Tennessee’s Adjutant General. “Waiting until there’s an emergency to do that is too late and not a wise use of taxpayer dollars.”

On Wednesday, October 12th, two additional Guard UH-60’s, one from Knoxville and one from Nashville both equipped with Bambi’s departed for Signal Mountain to continue assisting the firefighting efforts of all involved agencies. By the end of the day more than 14 hours of flying were completed with an estimated 45 thousand gallons of water dispersed to help contain the fire.

Thursday was much the same, as another aircraft from Knoxville was back on station providing continued support to the firefighting mission.

All the helicopters and crews belong to elements of the Tennessee Army Guard’s 1-230th Assault Helicopter Battalion.