The Governors walked away from Music City with a victory last week for just the second time in program history.

The win improved the team to 3-1 in Ohio Valley Conference play, their best start since winning the conference championship in 1977.

Austin Peay checked in with six votes in the most recent edition of the FCS Top-25 Media Poll as it continues to garner national attention with its success.

Last year, the Redhawks bested the Governors by a 41-21 margin in Cape Girardeau, MO. SEMO leads the all-time series 15-6 and have come out on top in seven-straight meetings between the two programs.

After beginning the season 0-4, Southeast Missouri has won its last two games by a combined 47 points, including a win last week when the Redhawks easily took down Tennessee Tech 31-3. Marquis Terry is the OVC’s second leading rusher, scampering for 595 yards this season and five touchdowns.

SEMO also has a potent attack through the air with signal caller Jesse Hosket. A native of French Camp, MS, Hosket has amassed 1,073 yards and eight touchdowns through in six games. 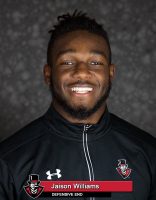 Austin Peay is one of just two schools in the conference to rank in the top-four in scoring offense, total offense, scoring defense and total defense.

The Governors ranks first in the OVC and sixth nationally in fumble recoveries. The opportunistic defense has recovered eight fumbles this season.

The ball-hawking secondary at Austin Peay has proven to be one of the stingiest in all of FCS. The Govs allow just 149.7 yards per game through the air, ranking them as the fourth best unit in the country in that statistic.

The Governors have been efficient in the red zone on both sides of the ball. They rank second in the conference in both offense (80 percent) and defense (72 percent) inside the 20-yard line. 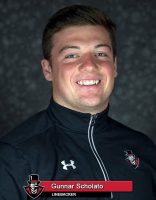 Adding another 2.0 against Tennessee State, Jaison Williams now ranks first in the OVC in total sacks. The Trussville, AL native has piled up 7.5 sack thus far during his sophomore campaign.

The linebacker duo of Gunnar Scholato and Jeremiah Mitchell continues to rack up tackles. Scholato (62) ranks third in the league, while Mitchell (57) ranks fifth.

Kyran Moore is one of the most versatile players in the conference. He has racked up 459 all-purpose yards this season serving as a wide receiver, punt returner and kick returner.

SEMO head coach Tom Matukewicz is in his fourth season as the leader of the Redhawks. He is 3-0 against the Govs.

Fans are encouraged to take part in all of the Homecoming events on Saturday. The Homecoming Parade will begin at 10:00am running through College Street, Drane Street and Marion Street.

In addition, fans can greet the Govs as they make their way through Tailgate Alley for the Gov Walk at 1:30pm.

During halftime, the 2017 Homecoming King and Queen will be announced as part of the annual tradition at Austin Peay.

To check out all other Homecoming events this weekend visit www.apsu.edu/homecoming

To follow all things Austin Peay football, visit our website at LetsGoPeay.com or check out the official Facebook page of Austin Peay Athletics. Live play-by-play can be found on Twitter @AustinPeayFB or by visiting PeayStats.com.

Coverage of Saturday’s matchup will be provided on the OVC Digital Network .