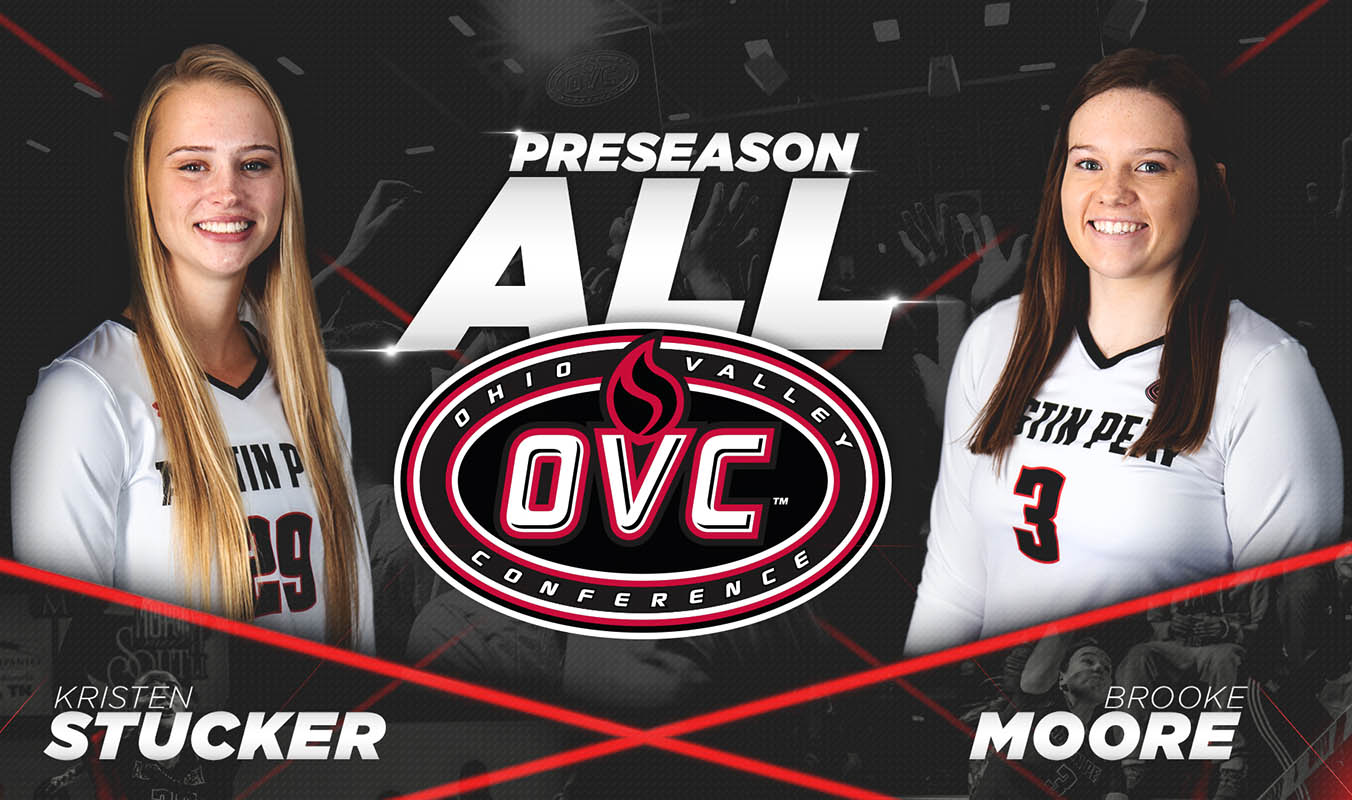 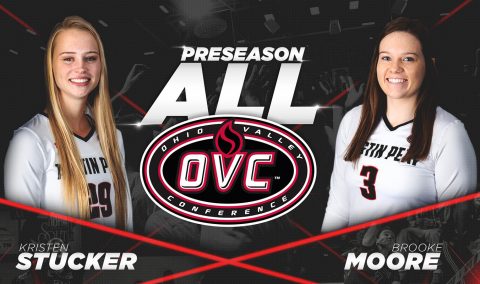 In addition, the league announced the 14-member 2018 Preseason All-OVC volleyball team with senior setter Kristen Stucker and sophomore outside hitter Brooke Moore named to the squad.

However, the Governors out-tallied the Racers in first-place votes by a 14-10 margin.

Austin Peay and Murray State will face off twice in the upcoming season: September 25th in Clarksville and October 30th in Murray, Kentucky as part of the Heritage Bank Battle of the Border series.

“I know a lot of attention has been paid to the individuals and experience we lost from last season’s team,” said Governors head coach Taylor Mott. “However, I believe we have individuals on this team with just as much experience that will step up into leadership roles. This will certainly be a new team that will find its own identity and I believe can be as successful as last season’s team.”

Behind the Racers and Govs, SIU Edwardsville (193 points) was picked a distant third followed by Eastern Kentucky (175) and Belmont (152) which also saw considerable gaping in the poll.

Morehead State (129), Jacksonville State (125) and Eastern Illinois (112) were tapped to round out the predicted eight-team tournament field. Southeast Missouri, Tennessee State and UT Martin rounded out the 11-team slate.

Stucker returns to the Governors after back-to-back OVC Setter of the Year campaigns. She finished last season ranked third nationally with a program-record 1,508 assists and was 15th in assists per set (11.42). Stucker enters 2018 needing 1,463 assists to break Austin Peay’s career assists mark (4,885 by Annie Glieber) that has stood for nearly 20 seasons.

Moore is the Governors leading returning hitter (290 kills, 2.20 per set) after the departure of both Ashley Slay and Christina White. Moore finished the season with a flourish, leading the Governors with 53 kills (3.53 per set) during the postseason and became the first freshman to earn OVC Tournament Most Valuable Player honors.

She posted 22 kills in Austin Peay’s OVC semifinal victory against Eastern Kentucky before adding 15 kills in a championship-clinching win against Murray State.

Austin Peay is amidst the second week of its preseason schedule and is one week away from its preseason exhibition tilt against Trevecca, a 3:00pm, August 21st contest at the Dunn Center. The Governors open the 2018 regular season with the August 24th-25th Kangaroo Classic in Kansas City, Missouri.