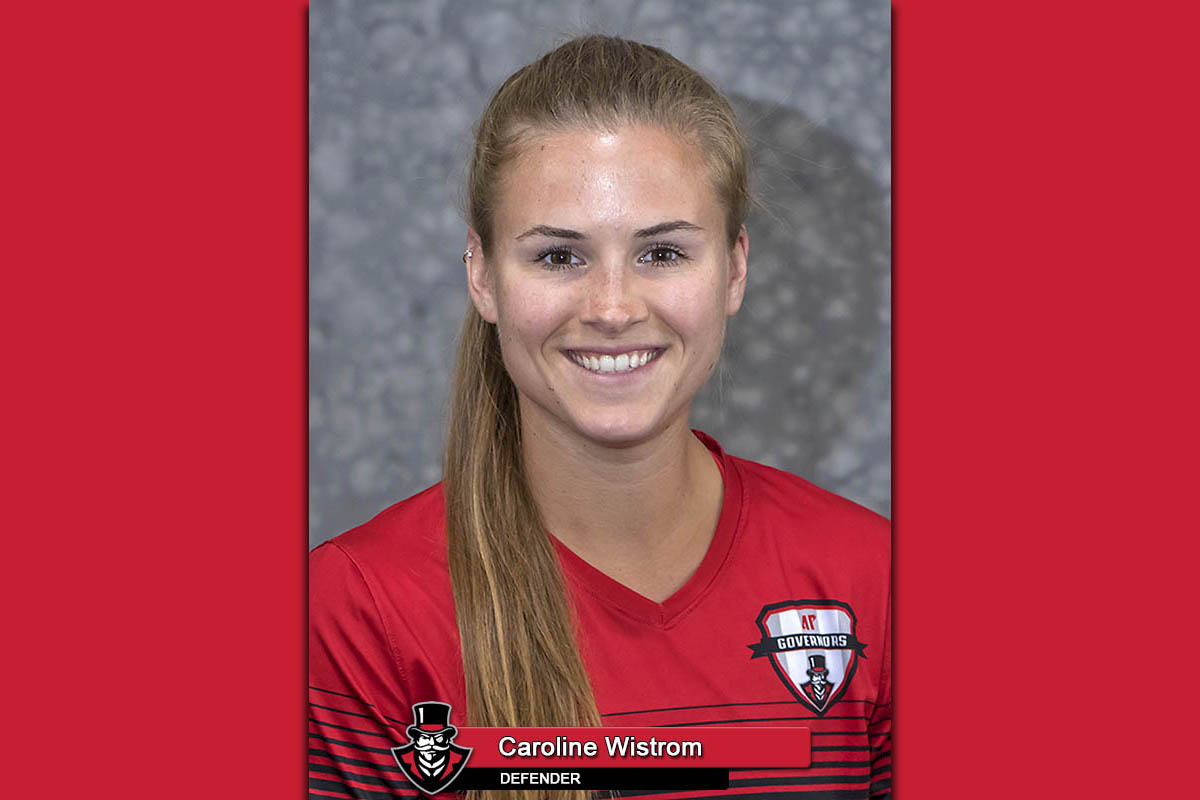 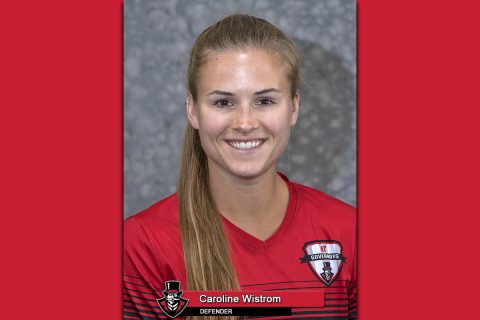 Wistrom, a defender for her entire career for the Govs, started up top for the Govs in their lone outing against Jacksonville State last weekend.

Wistrom seamlessly transitioned into the role, scoring two goals (including the game-winner) and dishing out an assist to Claire Larose.

Wistrom’s assist came from a great piece of hold-up play, as she held off the Gamecock defender and then quickly slipped in Larose as the Govs went up 1-0.

Wistrom’s first goal came from a deflected ball that she picked up right at the top of the box, as she fired it into the far corner. Wistrom’s second was truly a beautiful goal. Larose played a slicing through ball to Katie Kenward who crossed to the on running Wistrom, who volleyed home.

Prior to her two-goal outburst, Wistrom only had one goal in her entire career. Wistrom’s five points are the most by a Gov in a single game this season and is now one of only 12 players in program history have recorded five points in a game.

“Caroline has started as a defender for us all year, up until this past weekend,” said Governors head coach Naomi Kolarova. “We were not happy with our OVC play the weekend prior so we moved some players around and it paid off. We put Caroline up top to hold the ball up, combine with the midfield, and get into dangerous positions in the box and she did all that and more.

“She has experience as an attacking player, but not in recent years, so she had an absolutely fantastic game up top. She was involved in every attack, was smart with her distribution, and made excellent decisions in front of goal. We couldn’t have asked for more from her and were delighted that she put a couple of goals away.”

Wistrom and the Govs look to potentially wrap up a place in the OVC Tournament with a pair of matches this weekend. The Govs host Eastern Kentucky, Friday, before traveling to Morehead State, Sunday.