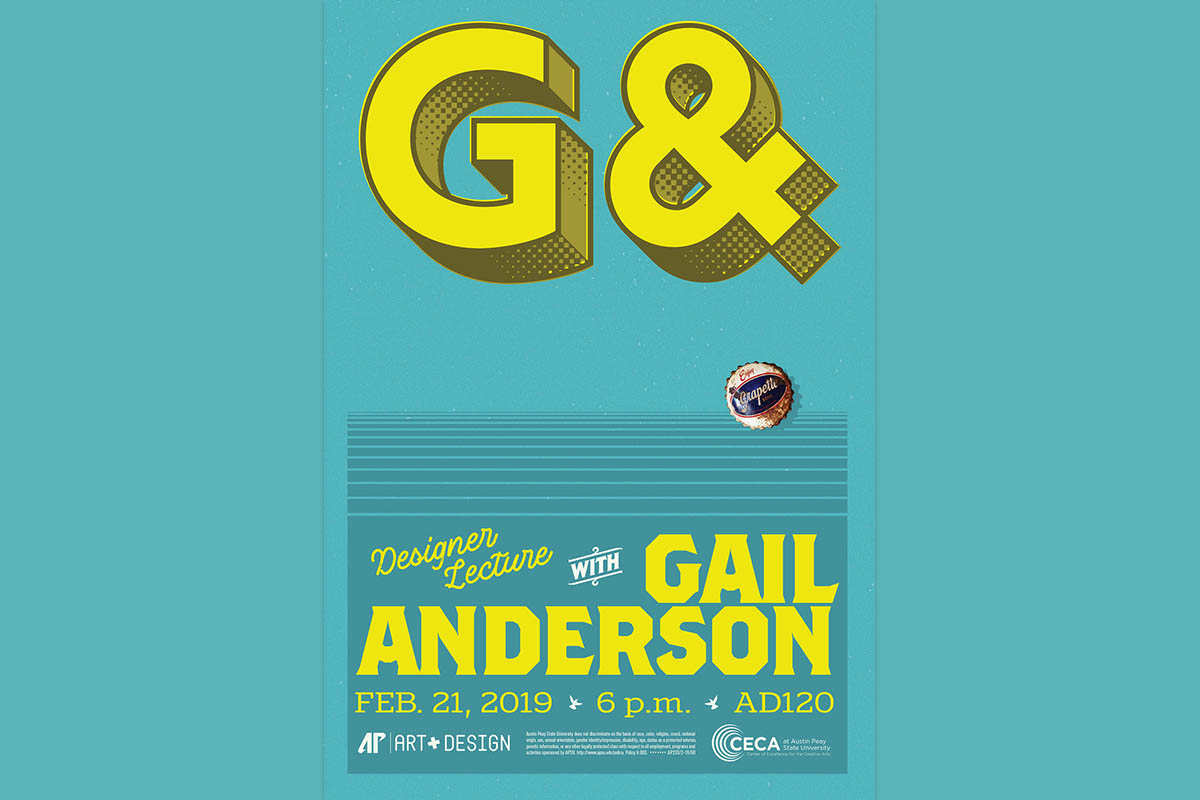 Clarksville, TN – The Austin Peay State University (APSU) Department of Art+Design, with support from the APSU Center of Excellence for the Creative Arts, is pleased to welcome Gail Anderson, graphic designer and Cooper Hewitt, Smithsonian, 2018 Lifetime Achievement Award recipient, to campus this week.

Her lecture, which is free and open to the public, will take place at 6:00pm on Thursday, February 21st, in room 120 of the Austin Peay State University Art + Design building. 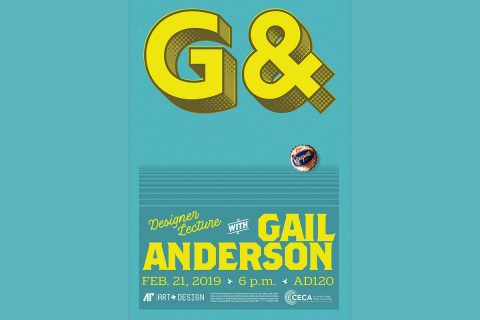 “Gail Anderson is a rock star,” Michael Dickins, chair of the Visiting Artist Speaker Committee, said. “We are really excited for Gail’s visit as she will be conducting workshops with our graphic design students, as well as a lecture on her creative practice and her career as an award-winning designer. The workshop will revolve around art direction and yet it’s another opportunity for our students to get one-on-one experience with one of the country’s top designers, all due to CECA and its continuous support.”

Anderson serves as creative director at the Visual Arts Press, the in-house design studio for the School of Visual Arts, where she has been teaching design for over 25 years.

She is also a partner at Anderson Newton Design (AND). From 2002 through 2010, Anderson served as creative director of design at SpotCo, a New York City advertising agency that creates artwork for Broadway and institutional theater.

From 1987 to 2002, she worked at Rolling Stone magazine, serving as designer, deputy art director and finally as the magazine’s senior art director. Earlier in her career, she designed at The Boston Globe Sunday Magazine and Vintage Books (Random House).

Anderson’s work is included in the permanent collections of the Library of Congress and the Milton Glaser Design Archives at the School of Visual Arts. She has been featured in magazines including Computer Arts (UK), designNET (Korea), kAk (Russia), STEP Inside Design and Graphic Design USA, as well as many blogs and podcasts.

Anderson has co-authored (with Steven Heller) 14 books on design and popular culture, and she serves on the Citizens’ Stamp Advisory Committee for the United States Postal Service.

Anderson is based in New York City. Information on her work is available at www.gailycurl.com