HomeSportsTennessee Lady Vols takes on Mississippi State in next round of SEC...
Sports 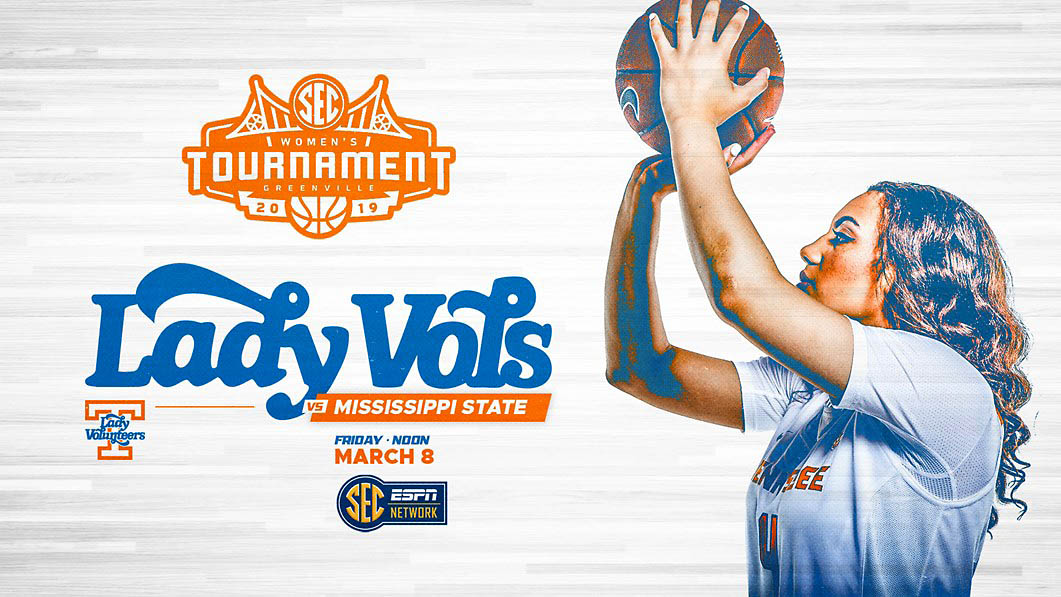 Tip-off is slated for 11:02am CT at Bon Secours Wellness Arena in Greenville, SC, for a contest that is being televised by the SEC Network and carried by the Lady Vol Radio Network and SiriusXM Radio. The winner of the UT-MSU game will advance to face the victor of Friday’s contest between No. 4 Kentucky and No. 5 Missouri at 4:00pm CT (ESPNU).

The Lady Vols survived and advanced by coming from seven down in the third quarter to defeat LSU, 69-66. 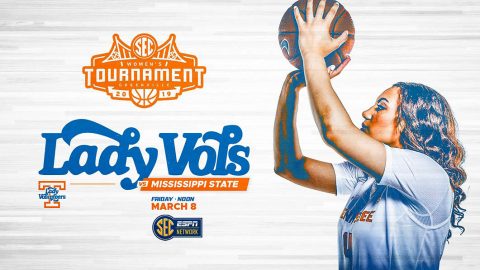 The win gave UT a season sweep over the Lady Tigers. After a six-game midseason losing streak, UT has won seven of its past 11 contests and finds itself playing for its 43rd-straight 20-win season.

No. 5/5 Mississippi State won its second straight SEC title this season, closing the year at 15-1 in league play with a 68-64 victory over South Carolina in Columbia on February 3rd. The Bulldogs’ only two losses came at Oregon on December 18th (82-74) and vs. Missouri on February 14th (75-67).

In the first meeting this season between MSU and UT, the Bulldogs grabbed a 91-63 triumph in Starkville on February 10th, just four days prior to MSU’s Mizzou loss. The Lady Vols, who trailed MSU by six (40-34) at the half and cut the deficit to three in the third period, played without point guard and leading scorer Evina Westbrook. She sat out due to a violation of team rules (missing a class).

This marks the 43rd all-time meeting between these schools in women’s hoops and the sixth time they’ve faced off in SEC Tournament play. UT is 4-1 in previous meetings in the tourney and 37-5 overall vs. MSU.

Courtney Lyle (play-by-play), Tamika Catchings (analyst) and Steffi Sorensen (sideline) will have the call for the SEC Network.

The SEC Radio Network will broadcast all games during the tournament and can be heard on Sirius 138, XM 191 and Online 962.

This marks the 43rd meeting between the Lady Vols and MSU, with UT possessing a 37-5 record in the series.

The Tennessee Lady Vols won the first 36 games in the series, dropped three straight to the Bulldogs and then won one in Starkville before dropping the last two contests.

Including this game, MSU has been the higher ranked team in the past seven games, entering this one with a 5-1 edge over UT.

The Lady Vols were unable to defend their home court last season, falling, 71-52, on January 21st and fell in Starkville in 2019, 91-63. UT point guard Evina Westbrook missed this year’s first meeting due to a violation of team rules.

E420
Against LSU, Evina Westbrook had her 10th 20-point game of the year. She tied Shanna Zolman for 15th on a list of Lady Vols with the most career 20-point games.

Reliable Rennia
Rennia Davis scored in double figures for a team-high 24th time on Thursday. She also had a 5-of-6 day at the free throw line and continues to lead the SEC with an .871 shooting percentage.

Green Machine
Cheridene Green is averaging 13.3 ppg. and 8.0 rpg. the past three games, shooting 71 percent from the field.

Youngsters Clutch vs. LSU
UT got all 22 of its fourth-quarter points against LSU from the trio of sophomore Rennia Davis (12), sophomore Evina Westbrook (6) and freshman Mimi Collins (4). Davis and Westbrook combined for 27 of UT’s 41 second-half points.

Rising To The Occasion
UT is learning to play under pressure with such a young t­eam. The Lady Vols are 14-0 when leading after three quarters, but their victory over LSU gave them just their third triumph this season in 14 games where they trailed heading into the fourth quarter.

Making Good Shots
UT has been more patient in seeking good shots, and the results are showing. The Lady Vols were 16 of 27 in the second half vs. LSU (.593), helping them turn in a percentage of .491 for the game that ranked as their fourth-best all season.

UT improved to 35-5 all-time in its opening game of the SEC Tournament and is 26-8 in its second contest of the tourney.

Holly Warlick has forged a 10-5 record in SEC Tournament games as a head coach, including 1-1 in title games.

Tennessee has had 15 SEC Tournament MVPs through the years, with a Lady Vol winning four of the last eight awards.

This marks the third time Greenville has played host to the SEC Tournament.

UT improved to 4-1 in games played in this city after beating LSU on Thursday, 69-66.

Last Time Out For The Tennessee Lady Vols

Sophomores Evina Westbrook and Rennia Davis combined for 27 second-half points to rally eighth-seeded Tennessee to a 69-66 win over ninth-seeded LSU in the second round of the SEC Tournament on Thursday.

Westbrook led UT in scoring with 20 points while Davis was close behind with 19. Freshman Mimi Collins tallied 10 points in the game, eight of which came in the second half.

LSU was led by Khayla Pointer, who had 21 points and five assists. Faustine Aifuwa and Ayana Mitchell were also in double figures for the Lady Tigers with 16 each.

20+ Westbrook
With 20 points against LSU, Evina Westbrook recorded her 10th 20+ performance of the season and first since knocking down 24 against Arkansas on January 21st.

Competitive Friends
Head coach Holly Warlick and LSU coach Nikki Fargas are long-time friends. Warlick will have bragging rights this offseason after taking two from the Lady Tigers this year to improve her record to 7-3 vs. Fargas. Warlick is now 41-18 in games vs. teams with former Lady Vol players and/or staffers.

About The Mississippi Bulldogs

MSU has finished as runner-up at the Final Four the past two seasons and won its first-ever SEC regular season crown in 2017-18.

No. 5 Mississippi State repeated as the SEC regular-season champs after defeating No. 14/15 South Carolina on the road on February 3rd, 68-64.

Teaira McCowan collected her 63rd career double-double with 18 points and 17 rebounds. Anriel Howard recorded her 42nd double-double with a season-high 16 boards and 13 points. Andra Espinoza-Hunter (17) and Jordan Danberry (12) joined them in double figures.

The Lady Vols scrapped to within three in the third quarter but couldn’t overcome a No. 6 Mississippi State team that shot an impressive 52.2 percent to win 91-63 on February 10th.

UT leading scorer Evina Westbrook missed the game due to a violation of team rules.

MSU’s (22-1, 10-0 SEC) high scorer was senior Teaira McCowan, who logged a double-double with 24 points and 15 rebounds. Seniors Jordan Danberry and Anriel Howard also had big days for MSU, finishing with 20 and 16 points, respectively. Howard added 11 rebounds to claim a double-double on the afternoon.

Last Time In The SEC Tournament