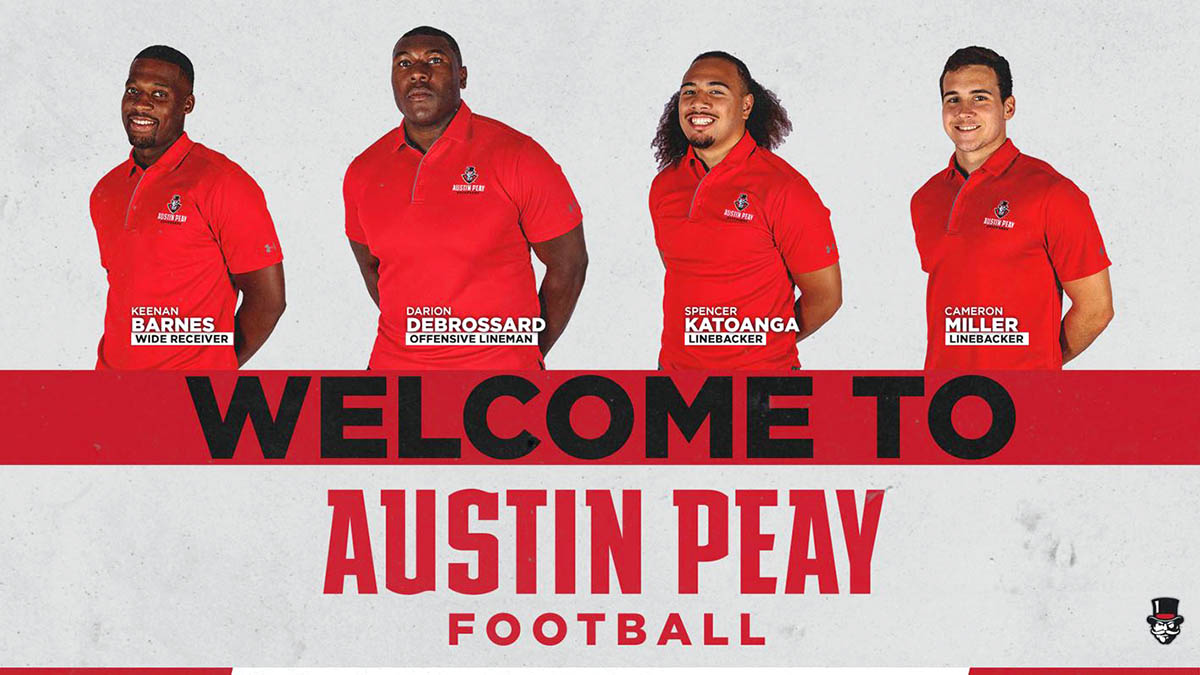 Two of the four athletes have previously been coached by Hudspeth. 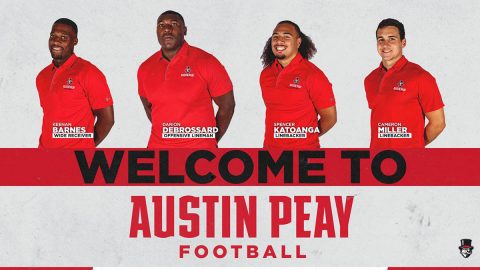 Redshirt senior wide receiver Keenan Barnes had a successful career at Louisiana-Lafayette, playing his first three seasons while Hudspeth was at the helm of the program. He comes to Austin Peay after graduating from Louisiana-Lafayette with a bachelor’s degree in general studies.

After hauling in 31 receptions for 318 yards and six touchdowns as a sophomore, Barnes was selected Preseason All-Sun Belt prior to his junior season and caught 37 passes for 539 yards and two scores. The Madison, Mississippi product was rated a three-star prospect out of high school by Scout.com and ESPN.com.

Junior linebacker Cameron Miller walked on at Mississippi State and emerged in a key role on special teams as a sophomore in 2018 while Hudspeth was associate head coach. A native of Odessa, Florida, Miller played in all 13 games a season ago and finished the year with three total tackles.

Redshirt senior Darion DeBrossard comes to Austin Peay after spending the previous four years at Vanderbilt, where he earned a bachelor’s degree in sociology. After redshirting in his first season, DeBrossard played primarily along the defensive line for the Commodores, but did see time at offensive line as well. He appeared in 11 career games.

Sophomore linebacker Spencer Katoanga joins the Governors after playing the 2018 season at Palomar College in San Marcos, California. A native of Oceanside, California, Katoanga registered 66 total tackles and a fumble recovery during the 2018 campaign. He recorded 6.6 tackles per game, but that number jumped to 7.6 during conference play.