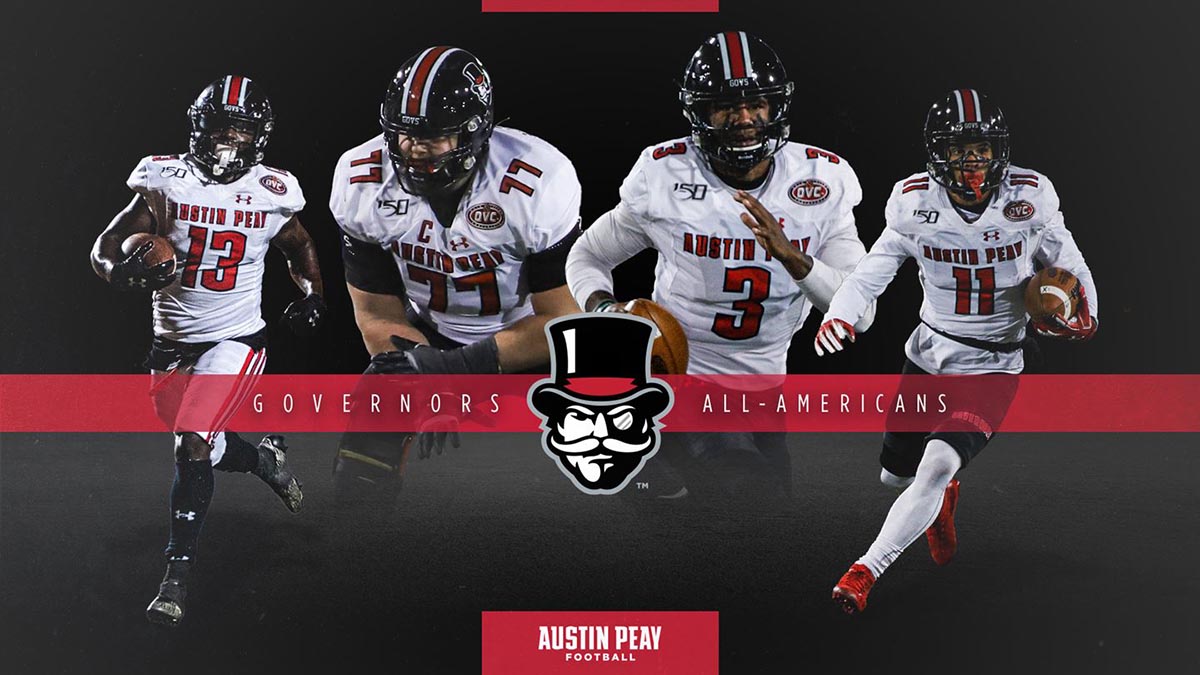 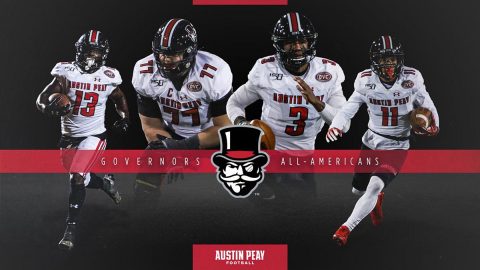 The four Governors named to the HERO Sports three All-America teams were the most of any Ohio Valley Conference member and included a trio of first team selections: Senior quarterback JaVaughn Craig, junior defensive back Kordell Jackson and junior wide receiver DeAngelo Wilson.

The Govs’ four All-America honorees are the most recognized in a single season by any news organization in program history.

This page will be updated throughout the week as the different All-America teams are announced.

When pressed into action after Jeremiah Oatsvall was lost for the regular season, the senior responded with a monster final campaign, throwing for a program-record 3,208 yards and 28 touchdowns with a 57.6 pass completion percentage, and rushing for 714 yards on 135 carries and nine TDs as a complementary threat out of the backfield.

His 140.36 pass efficiency rating led the conference and ranked 30th in the NCAA, while his 14.8 points responsible for per game ranked 25th among FCS athletes. He also averaged 13.71 yards per completion, 18th in the FCS and first in the league.

The ball found its way into Kordell Jackson’s hands often in 2019. The Birmingham, Alabama native led the OVC with seven interceptions and ultimately was responsible for 10 of the Govs 25 turnovers gained. Jackson’s 159 interception return yards both led the OVC in 2019 and ranked second in program history behind only Howell Flatt’s 1966 campaign.

When he wasn’t providing lockdown protection, Jackson could often be found in the opposing backfield, with eight of his 47 tackles resulting in lost yardage.

Wilson put together the finest season by a receiver in program history, finishing with 89 catches for 1,564 yards and 15 touchdowns – each program records. He recorded eight 100-yard outings during the season and is the first Govs receiver to average more than 100 yards per game since Lanis Frederick in 2006.

He finished the postseason with 318 yards receiving on 21 catches with three touchdowns, averaging 106 yards in the three postseason outings.