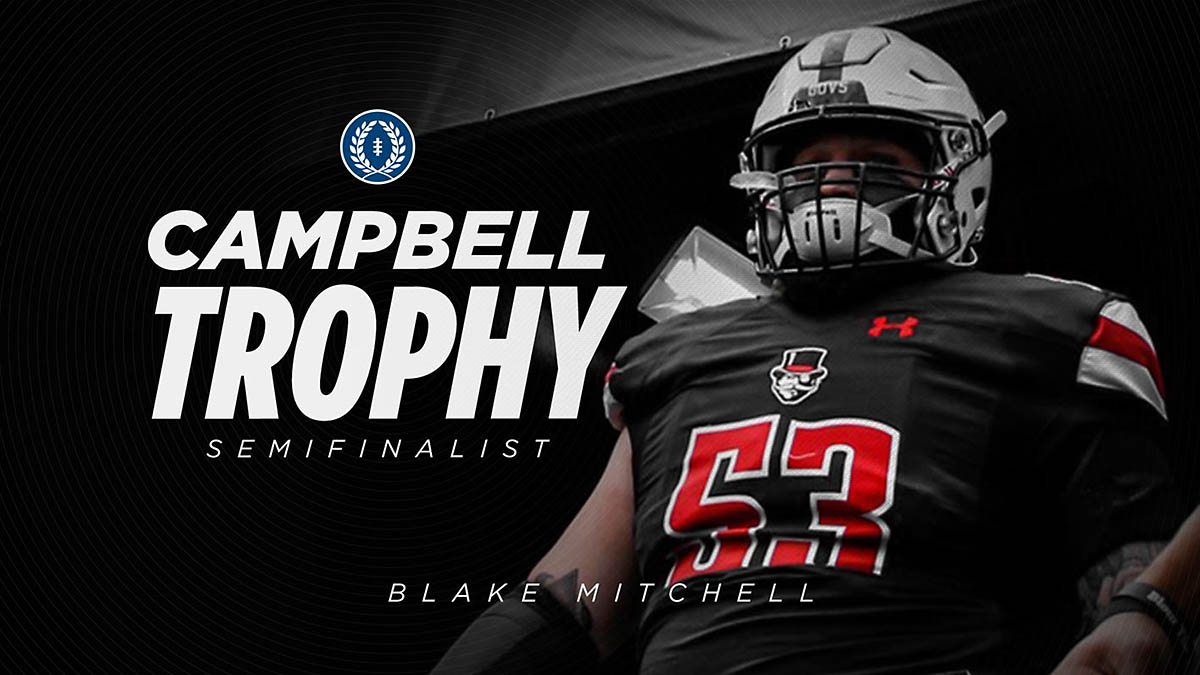 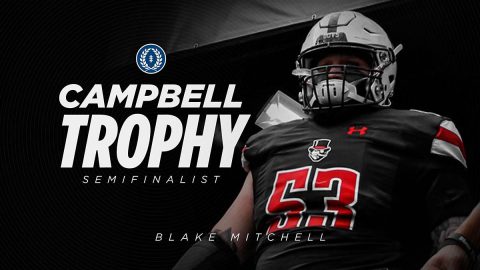 The William V. Campbell Trophy recognizes an individual as the best scholar-athlete in the nation.

The award is named after Bill Campbell, former chairman of Intuit, former player and head coach at Columbia University and the 2004 recipient of the NFF’s Gold Medal.

Mitchell is a two-year starter for the Govs on the offensive line since arriving from Mississippi State and he was named a First-Team All-Ohio Valley Conference selection in his first year at Austin Peay. In 2019, Mitchell and the Governors offensive line allowed an OVC-low 14 sacks, despite playing in two more games than any other team in the conference.

Mitchell will graduate from Austin Peay State University with a bachelor of Business Administration in Management and a minor in Marketing in the Fall of 2020; after graduation, Mitchell plans to enroll in a postgraduate Management program. He has been a two-time Dean’s List honoree, a three-time member of the AD’s Honor Roll, and currently holds a 3.56 GPA.

In the community, Mitchell has helped with service events at the APSU Blood Drive, Lincoln Homes, Read Across America, Canned Food Drives, and Operation Teammate.