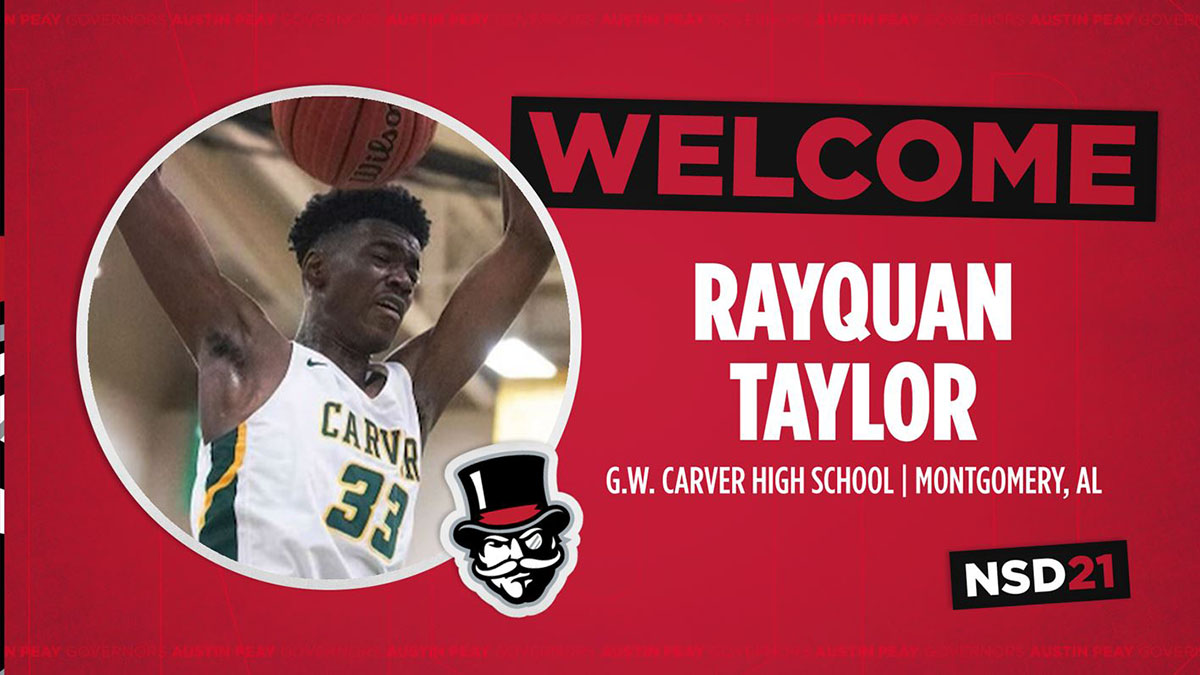 Clarksville, TN – Size and rim-protection are always going to be at a premium in college basketball, and Austin Peay State University (APSU) head men’s basketball coach Matt Figger picked up an elite interior enforcer with the addition of RayQuan Taylor, of Montgomery, Alabama for the 2021-22 season. 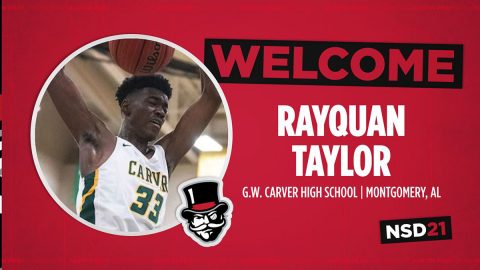 A relative newcomer to the game, Taylor and his 6-foot-9 frame have come a long way in a short amount of time.

Last season, in just his second of high school ball Taylor averaged averaged 17.2 points and 12.8 rebounds to go with a G.W.

“RayQuan is an athletic runner and jumper who is relatively new to organized basketball,” Figger said. “He has a high ceiling, plays with energy, can step out and play on the perimeter. He’s grown seven inches over the last two years, so he’s still developing into his frame. His athleticism brings a great addition to our lineup.”