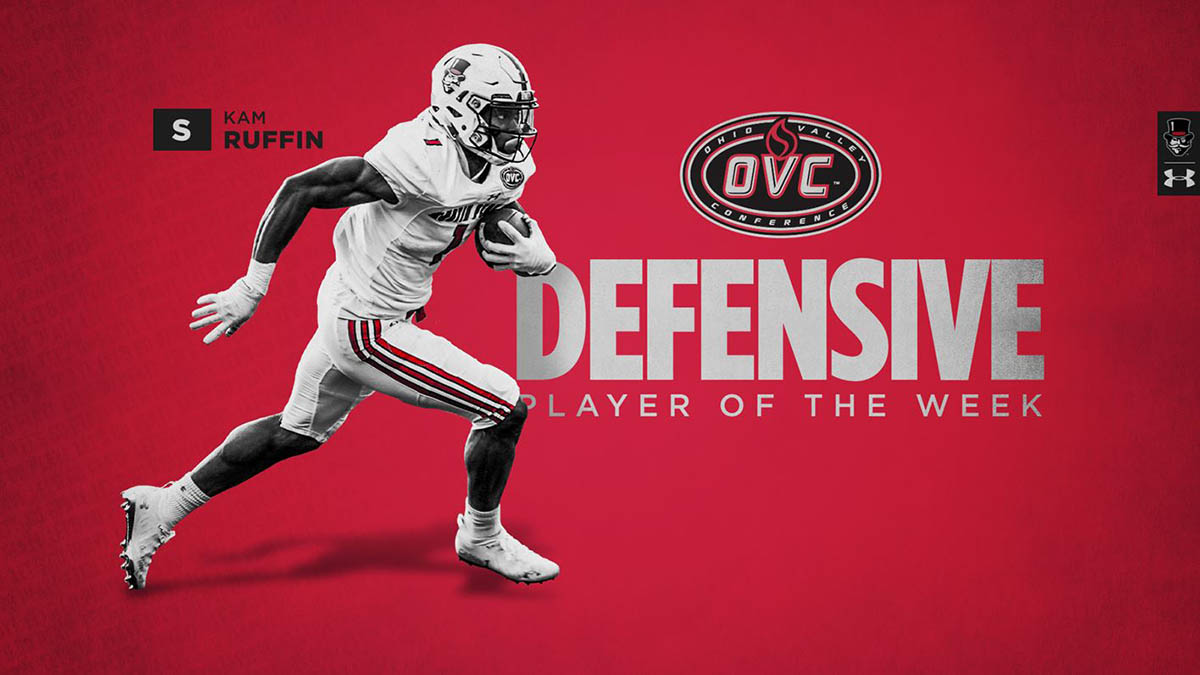 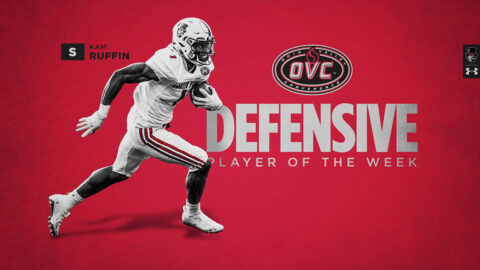 Ruffin halted two Jacksonville State drives with interceptions to help the Govs secure their second-straight win against the Gamecocks and their first in Jacksonville since 1979.

With the Gamecocks in Austin Peay State University territory in the second quarter, Ruffin went up and high-pointed the ball for his first pick as a Gov.

Late in the fourth, a center-field playing Ruffin hauled in a second errant pass from Jacksonville State’s Zion Webb and returned it 16 yards inside the Gamecock 20-yard line. Less than four minutes later, the Govs were in the victory formation.

Ruffin has 19 tackles and two picks through seven games this season. He’s the second APSU Gov this season with a two-pick game, alongside Elijah Culp; he, Culp (March 16th), and Jack McDonald (March 2nd) give the Govs at least a share of three of the six league Defensive Player of the Week honors this season.

Ruffin and the APSU Govs close out the home schedule Saturday with a 2:00pm Senior Day outing against 13th-ranked Murray State.