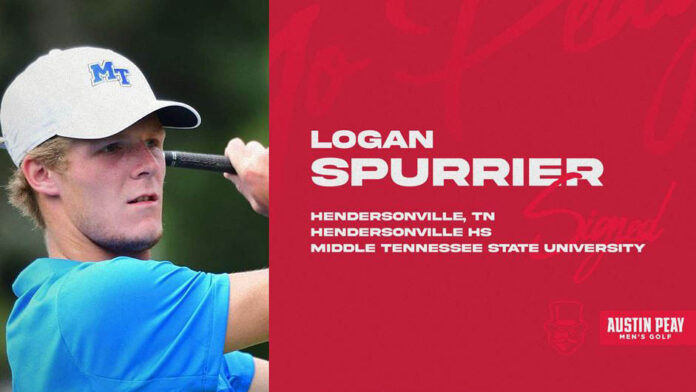 Last season at MTSU, Spurrier was a part of the Blue Raiders third straight Conference USA Championship and was a member of the C-USA Commissioner’s Honor Roll. A native of Hendersonville, Tennessee, Spurrier was a four-time letterwinner for head golf coach Andy Gilley at Hendersonville high school. He also earned four letters in football.

As a senior Spurrier finished 17th at the TSSAA Golf Championships with a 6-over 150. He is a three-time TSSAA State Championship participant who has been ranked as high as No.5 in the state.  Spurrier is the son of John and Elizabeth Spurrier and has a sister, Sydney, and a brother, Graham.