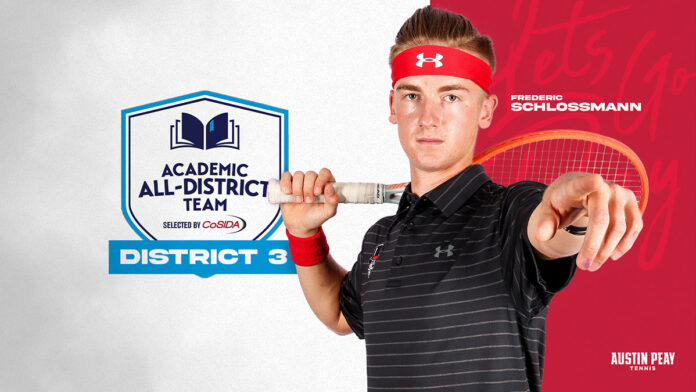 Schlossmann was one of 13 student-athletes recognized in District 3, which includes all Division I programs in the states of North Carolina, Tennessee and Virginia.

Overall, it is the ninth time since 1998 that a men’s tennis player has been named to a CoSIDA Academic All-District® Team and the sixth First-Team selection.

A First Team All-Ohio Valley Conference and All-OVC Doubles Team selection this past season, Schlossmann tied for a team-best singles and eight doubles victories as sophomore while exclusively playing the No. 1 position in each category.

Academically, Schlossmann has been named to the Dean’s List each semester of his collegiate career and was named an Intercollegiate Tennis Association Scholar-Athlete and received OVC Academic Medal of Honor in 2021.