HomeOpinionLetter to the Editor: Support for Deanna McLaughlin
Opinion 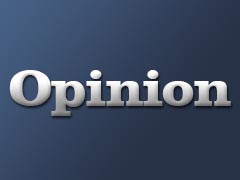 One thing that has always bothered me about certain politicians/candidates is that they seem to only appear shortly before an election. They start attending public functions/meetings, post photos on social media, and make comments as if they had been there for years!

When they meet people in public, they even become friendly – go out of their way to meet and greet! Then, once the election is over, many of them treat you as if you have a highly contagious disease and avoid you like the plague! That is definitely NOT the case with Deanna McLaughlin.

I have lived in Clarksville since 1995 and have known Deanna McLaughlin for a large percentage of that time. I frequently attended city council meetings until COVID prevented open meetings. She served for 12 years of that time. She religiously held town hall meetings and encouraged her constituents to attend.

She also used several other ways to communicate with the citizens of Clarksville, and she supported their majority opinions as to their council representative. I have seen her fight to keep taxes as low as possible, support infrastructure improvements, fight rezoning issues that were not in the best interests of the residents, speak and vote against unnecessary spending of tax dollars, etc. And through all of this, she is frequently seen at community events and gatherings, not just during election years. She is also always the same friendly person who will greet you, talk with you, and probably remember your name as well.