The Governors and Hilltoppers will play three 30-minute periods in Sunday’s contest.

Sophomores Clara Heistermann and Olivia Prock tallied goals in the Governors’ 2-0 victory against Little Rock, on August 7th. Heistermann broke the ice with a score in the 25th minute on a corner kick from Jisela Dall, before Prock found the back of the net in the 32nd minute for the final score of the contest.

A solid defensive effort from the Govs in the preseason opener kept the goalkeeper duo of Chloé Dion and Katie Bahn from facing numerous shots, as each goalie recorded a single save in 45 minutes of action.

Austin Peay State University had four players record two-or-more shots in its 15-shot performance against the Trojans and were led by a trio of takes by Heistermann and sophomore Haley Patterson.

Western Kentucky opened its preseason with a scoreless draw against Murray State, Wednesday. The Hilltoppers outshot the Racers 13-9 in regulation, including a 9-5 on shots on goal in the match.

The Hilltoppers return a pair of All-Conference USA selections from last year’s team that finished second in the C-USA East Division in Lyric Schmidt and Katie Erwin. Schmidt helped lead WKU’s defense last season that held opponents to just 13 goals in 2021, the second-fewest in program history, while Erwin recorded four goals and assists for the Hilltoppers last season.

About the Western Kentucky Hilltoppers

2021 Season Result: After finishing second in the Conference USA Eat Division, the Hilltoppers fell to Alabama-Birmingham, 1-0, in the quarterfinals of the 2021 C-USA Tournament.

A 2021 USC All-South Region and Conference USA Third Team nominee in 2021, Katie Erwin was a two-time C-USA Offensive Player of the Week for the Hilltoppers last season after recording four goals and assists in her senior season.

Last Meeting: 2-0, WKU. August 19th, 2021
The Governors dropped a 2-0 decision to open their 2021 campaign at Western Kentucky after the Hilltoppers found the back of the net twice in the second half. 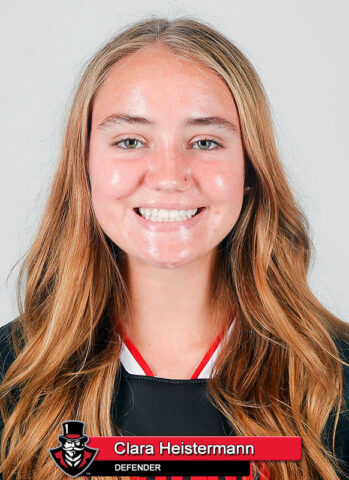 The Governors and first-year head coach Kim McGowan take the pitch for the second time this preseason in Sunday’s match against Western Kentucky.

Following last week’s victory against the Trojans, the APSU Govs are 6-3-4 in exhibition matches since 2015 and have outscored opponents 25-15 in that span.

Clara Heistermann found the back of the net for the first time in her career against the Trojans. 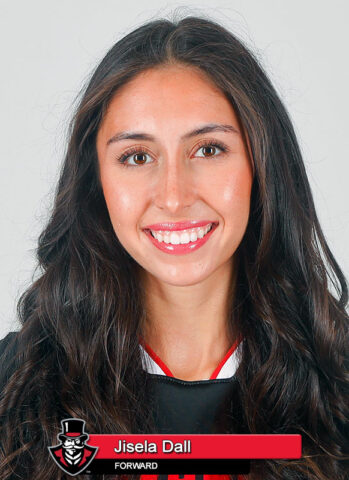 Senior forward Jisela Dall assisted on Heistermann’s goal in what would have been her first-career assist.

APSU is 2-0-1 in its last three exhibition matches and have not lost a preseason contest since 2019.

Senior goalkeeper Chloé Dion returns to the net for the Governors in 2022. The Mirabel, Quebec native played in nine games last season, starting eight, and recorded a career-best 44 saves.

The ASUN Women’s Soccer Fan-Voted Player of the Year, Niederhauser signed with the APSU Govs in April after spending the first four years of her collegiate career in Logan, Utah where she played in 69 matches, starting 27.

With the preseason behind it following Sunday’s match, the Austin Peay State University soccer team travels to Oxford, Ohio for its regular-season opener against Miami (OH). Coach McGowan was an assistant and associate head coach for the RedHawks for four seasons before being named the fourth head coach in Austin Peay State University soccer history.