Have popcorn, will travel: Belcourt screens ‘Body of War,’ nostalgic ‘Wrath of Khan’ 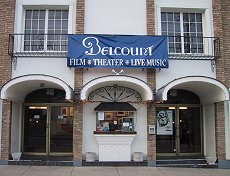 In the absence of an “art” theater or a movie house willing to show anything other than mainstream movies, Clarksville Online takes a look at screenings slated for Nashville’s Belcourt Theater.

Body of War, an award-winning film which opened May 9, is the story of Tomas Young, 25 years old, paralyzed from a bullet to his spine, wounded after serving in Iraq for less than a week. This coming home war story is about the evolution of one man who life was changed with a single bullet to the spine; he must re-invent himself in light of a permanent disability and as a powerful voice against the War [in Iraq]. The film, produced and directed by Phil Donahue and Ellen Spiro, features original music by Eddie Vedder; it is a naked, honest portrayal of what it’s like inside the body, heart, and soul of this extraordinary and heroic young man. Showtimes, Trailer and Tickets at Belcourt.Org.

From soldier to anti-war activist, Body of War takes an unflinching view of the physical and emotional aftermath of war through the eyes of an American soldier. As Tomas’s journey unfolds, the film cuts back and forth to Congressional proceedings in Washington DC. Footage includes passionate speeches by Senator Robert Byrd as well as a running tally of how each US Congress member voted regarding the decision to go to war in Iraq.

The National Board of review named Body of War Best Documentary of 2007. 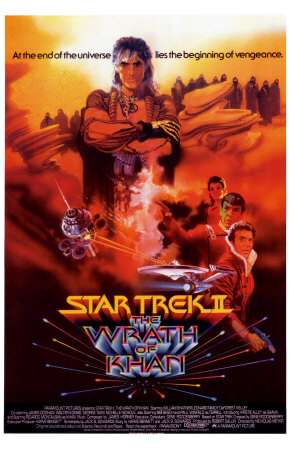 The Belcourt also offers weekend classics and midnight movies. This week’s feature is Star Trek : The Wrath of Khan (to be screened May 11 at noon). This throwback sci-fi flick assembles a stellar cast of good and evil characters.: the venerable Captain Kirk, his trusty logical sidekick Spock, and a well-armed villain [Khan] bent on revenge named Khan. At the midnight screenings: Look-a-Like Contest (dress as your favorite Star Trek character or Khan himself) / KHAN-test (see if you have the best Shatner scream in this contest) / Mutara Nebula drink special (this multi-colored drink is gonna make your shields collapse–prepare to get boarded).

Coming soon to the Belcourt: Planet B-Boy, with compelling characters and vibrant dance sequences, Planet B-Boy is set in the International world of B-boying – the urban dance more commonly known as “breakdancing.” Weaving between the vivid backdrops of Osaka, Paris, Seoul and Las Vegas, unforgettable images frame the intimate stories of dancers who struggle for their dreams despite being misunderstood by larger society and even their own families. An American dancer in Vegas looks for his big break; a Korean son seeks his father’s approval; a twelve-year-old boy in France confronts his family’s racism – all the b-boys’ lives collide in Germany where their skills are put to the ultimate test: the “Battle of the Year” finals, with crews from 18 nations vying for the title of World Champion. PLANET B-BOY features electrifying dance performances and astonishing displays of power and grace, showing how a street dance from New York has evolved into an inspiring art form for a new generation around the world. This film will show May 16-18 only.

Coming soon to the Belcourt: Son of Rambow. This is a nostalgic trip back to the 1980s, an inventive valentine to an era where, for the first time in history, young minds had access to technology that allowed them to create their own stories while paying homage to their larger-than-life heroes from the movies that inspired them. Will, who isn’t allowed to watch TV or go to the movies, expresses himself through his drawings and illustrations until he finds himself caught up in the extraordinary world of Lee Carter, the school terror and crafter of bizarre home movies. Carter exposes Will to a pirated copy of the first Rambo film, First Blood, which blows his mind wide open.

Showtimes change daily and performance schedule subject to change without notice, stay up to date at Belcourt.Org.