The recent Tennessee State University’s Summer Stock Theatre staging of the Shakespeare classic further reinforces the timeless appeal of this classic love tragedy. The classic young love tragedy, given an urban setting, reflects strongly upon the reality of the modern day urban upheaval. 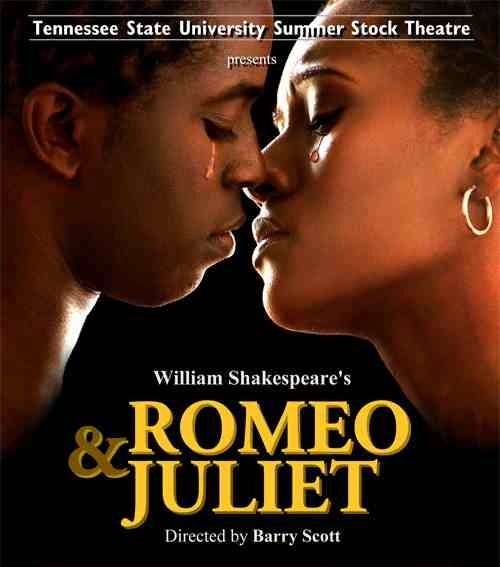 The tenderness and angst of a love forbidden is the central focus of William Shakespeare’s classic, Romeo and Juliet. The 2008 summer stock production staged at Tennessee State University was a brilliant jewel of a production. Directed by Barry Scott, a renowned stage performer in his own right, the staging gives the play a new flesh to fill. The young cast of newcomers and unknowns acquaints itself well in a production that keeps Shakespeare’s original language and feel alive and vibrant. The dynamics of the play flow evenly and smoothly through out the performance.

But this production did offer something different. This time, the locale was not the standard Elizabethan Italian village setting. Director Scott, in a daring move, chose to transpose the setting to one of Nashville’s older troubled public housing communities. Additionally, daggers and swords were replaced with stage versions of handguns and automatic rifles. Costuming reflected urban street fashion instead of flowing gowns and bustiers. Strumming minstrels were replaced with modern day music. These changes, however, do not distract from the central focus of the play. Quite to the contrary, they serve to enhance the performance. 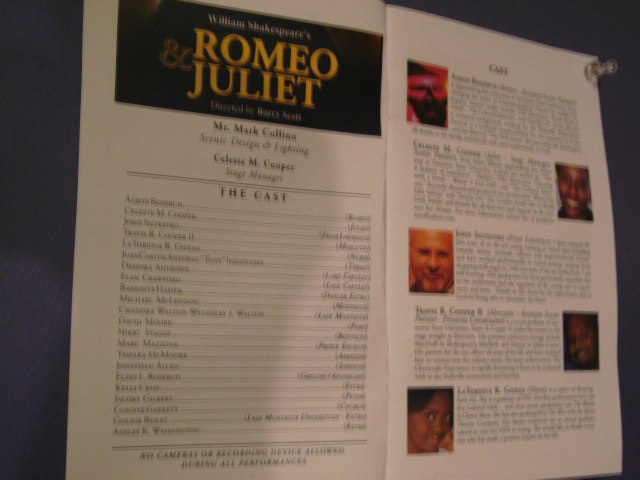 Nonetheless, “the play’s the thing,” and here indeed it is! The young cast give their all and carry the audience into Shakespeare’s story will full authority. The cast’s displayed mastery of Shakespeare’s language and the demands he makes of actors to control their breathing to deliver these lengthy declarations is most admirable. The family conflicts are fully portrayed. The young lovers budding involvement is sweet and tender and totally engrossing. You are in their corner from the very outset. You cheer them on at every obstacle. And your heart tears itself apart at the shockingly dramatic conclusion. Knowing how it ends does not spare you the heartache of the final reality. Tears do come. Young love lost so early , and for naught, is made tragically, bitterly real. 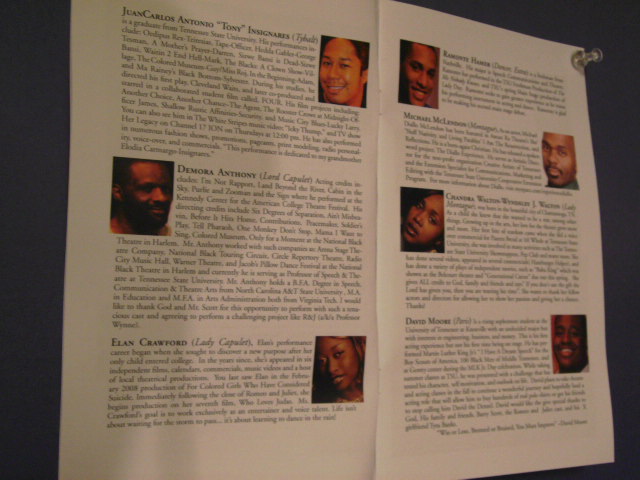 At the conclusion of the performance, an additional new twist is introduced. Director Scott comes center stage and addresses the audience, declaring that, for him, his art, his craft, is no longer merely an instrument of entertainment. For him, he must use this skill as a tool for social change. Thus begins an intense dialogue with the audience about what can be done to change the urban landscape of Nashville’s communities, to reclaim lost assets in our youth. To prevent the loss any more to the cycle of lack of self-love and self esteem, gangs, violence, crime, incarceration and death. Testimonies and declarations flow from those who just had sorrowful memories newly awakened and some tears are shed anew. Ideas of engagement and involvement come forth. A new realm to the theatre experience has been born from a timeless English literature classic. William, himself, would be proud.

Patrons of live theatre would do themselves a great favor to include this entertainment venue in their schedule of events. A Barry Scott production is not to be missed. The young cast gave commendable performances on all levels. The staging of this production saw talents beyond merely speaking lines, the creation of sets, lighting, stunts, sound, props synchronization were accomplished by the players. Total utilization of all players helped make this production an enjoyable and unique event. Bravo!