This is the final article in a three part series discussing the upcoming election of the State of Tennessee Constitutional Officers. 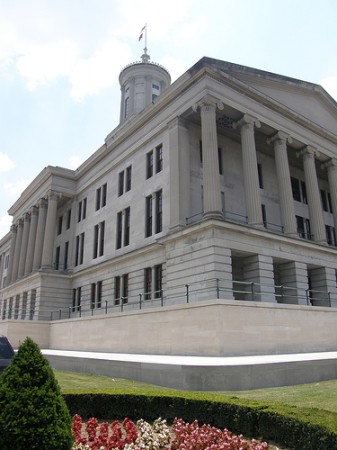 This year the Republican gained control of the Tennessee House and Senate; the first time in 140 years. Therefore, they have the numbers to replace the current Constitutional Officers (all appointed by Democrats). In Part 1 on this series, I discussed the Constitutional Officer of the Comptroller. Part 2 discussed the position of Treasurer.  This article will discuss the duties and candidates of Secretary of State.

David Shirley, 66, is from Memphis, where he owns David Shirley Construction and is a co-owner of Connor/Shirley Realtor.  Per Mr. Shirley’s application he attended, but did not graduate, from University of Memphis.  No other higher education information was listed.  He served in the Tennessee Legislature as an elected Representative from 1980-1996.  He has also served on the Shelby County Republican Steering Committee, as well as being honored in 2008 by Volunteers of America as a “Community Partner of the Year.”

Mr. Shirley stressed that his years of experience in running two successful business, combined with 16 years of legislative experience, puts him in the unique position of being well qualified for the position of Secretary of State.  Per campaignmoney.com, Mr. Shirley made no political donations in the last election cycle.

Tre Hargett, 39, is the current Chairman of the Tennessee Regulatory Authority. He has served five terms in the Tennessee House of Representatives (District 97 from 1996-2004), twice elected as the leader of the House Republican Caucus.  Mr. Hargett also was the Vice President for the Southeast Region of the Rural Metro Corporation (publicly held), where he over saw a 500 employees that generated over $40 million in annual revenues.  Per the company website, “Rural/Metro Corporation is a leading provider of emergency and non-emergency medical transportation services, fire protection and other safety-related services to municipal, residential, commercial and industrial customers in approximately 400 communities throughout the United States.”

Mr. Hargett holds a B.B.A. and M.B.A. from University of Memphis.  Per campaignmoney.com, Mr. Hargett made no political donations in the last election cycle.

Inspired by a radio show to apply for the position of Secretary of State, Mr. Rollins was one of the few candidates that did not indicate he would immediately replace all the election officials in all 95 counties.  Per campaignmoney.com, Mr. Rollins made no political donations in the last election cycle.

Jerry Scott, 67, from Murfreesboro, is a retired Brigadier General from the United State Air Force.  Mr. Scott is a partner in a business that installs and services security cameras.  He has served as a circuit court judge,  and as a judge on the court of criminal appeals and the Tennessee Court of Judiciary.  He has also served as the City Attorney for the city of Waynesboro.

Mr. Scott graduated from Austin Peay State University in 1962; obtained his JD from Vanderbilt in 1965; and obtained his LLM (Masters in Taxation) from the University of Virginia School of Law in 1986.  From 1970-1995, he taught Law as an adjunct professor at Columbia State Community College.

Per campaignmoney.com, Mr. Scott made no political donations in the last election cycle.

Jim Bryson, 47, is the Chairman of the Board for 20/20 Research Inc., one of the fastest growing companies in Middle Tennessee and rated as one of the top research firm in the world by the American Marketing Association (2008).  It started from two employees and now has over 100 in three states.

Mr. Bryson was elected to State Senate in 2002, named Republican Freshman of the Year in 2003, and ran as a Republican for Governor in 2006.

Mr. Bryson has  bachelor from Baylor University (Finance) and a M.B.A. from Vanderbilt (concentration in Marketing).

Larry Scroggs is an attorney from Shelby County.  He served in the Navy, and received numerous decorations.

Mr. Scroggs graduated from Harding University in 1963 with B.S. in journalism and social sciences.  He obtained his JD from Vanderbilt University School of Law in 1971.  He was appointed as a Municipal Judge in Germantown from 1980-1986.  He represented District 94 in the State Senate from 1966-2002, including being elected Republican floor leader.  Mr. Scroggs is currently the Chief Administrative Officer and Chief Counsel for the Juvenile Court of Shelby County.

Randy Stamps, 49, obtained his B.S. in Government Public Administration from David Lipscomb in 1981.  He went on to obtain his JD from Pepperdine University in 1984.  Mr. Stamps has over 20 years of political experience in Tennessee, having served 10 years in the House of Representatives, five years as political director and state director of the Republican party, as well as other assignments.  He also served as an interim appointment as Sumner County Circuit Court Judge in 1999, as well as on the Sumner County School Board from 2000-20008.

Per campaignmoney.com, it appears Mr. Stamps made no political donations in the last election cycle.

William Baird, 56, is currently the Mayor of Campbell County.  He has also represented State District 36 from 1988-2008 in the House of Representatives.  From 1997 – 2008, he served as the Executive Director of the USDA/FDA in Campbell County.

Mr. Baird graduated from the University of Tennessee in 1987 with a degree in Agricultural Business.  Mr. Baird also serves on the Campbell County Boys and Girls Club, as well as other local civic organizations.

Per campaignmoney.com, it appears Mr. Baird made no political donations in the last election cycle.

While representing state Senate District 22, he served as Senate majority leader 1989-1992. He was the speaker’s designee to Fiscal Review committee in addition to being a member of the National Conference of State Legislatures and the Southern Legislative Conference of the Council of State Governments. First elected to the Tennessee House of Representatives in 1970, he represented the 67th House district in the 87th, 88th, 89th, 90th and 91st General Assemblies. Elected in 1980 to the Tennessee Senate, he served in the 92nd, 93rd, 94th, 95th, 96th and 97th General Assemblies. He was elected Tennessee secretary of state in January 1993.

I commend the Republicans for attempting to make the process “transparent”; however, it is only transparent to those that are looking at it.  I encourage you to take some time to read up on this issue, the candidates and the process.  Contact your Representative and Senator and express your opinion, and follow up on how they vote in January.