Five classical music instruments that normally play supporting or minor accent roles in classical music showcases were themselves given the star treatment in last night’s musical extravaganza. The Clarksville Community Concert Series presented The Imani Winds Quintet to Clarksville in a dazzling display of sounds and tones not typical to the classical music lovers ear, but nonetheless endearing and wondrous. 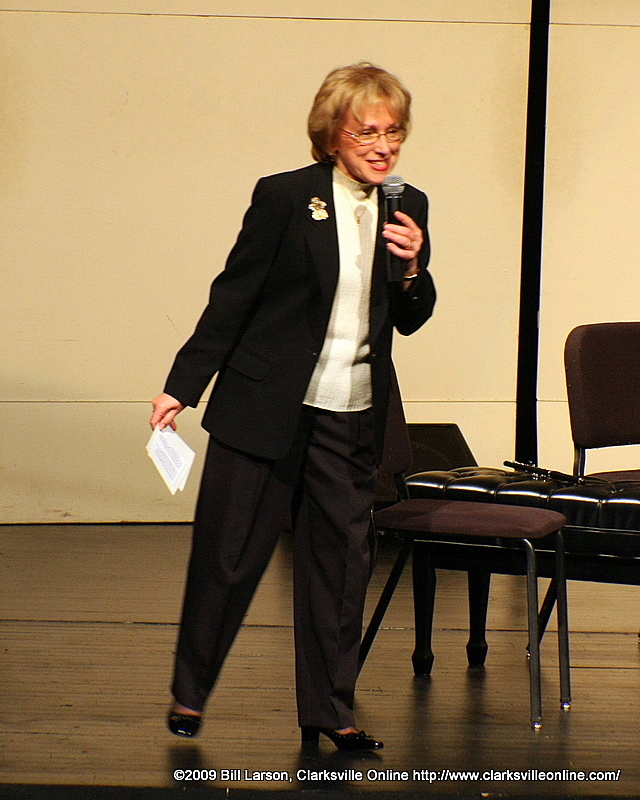 Wind instruments don’t usually spring to mind when one thinks of classical music’s big draw. The piano, the violin, yes, but not the Oboe, the Bassoon, the French Horn, the Clarinet, or The Flute. Imani Winds is a unique quintet of wind instrument impresarios whose talents imbue their presentations with wit, charm, and bedazzlement that gives the listening audience the fullest sense of wonderment at the sounds presented and a new appreciation and perspective of their various instruments’ possibilities. The French horn, bassoon, clarinet, flute and oboe will never be thought of the same after last night’s performance.

Since 1997, the five musicians that comprise Imani Winds have been showcasing their craft and developing their repertoire. Imani Winds is Valerie Coleman on flute, Toyin Spellman-Diaz on oboe, Mariam Adam on clarinet, Jeff Scott on French horn, and Monica Ellis on bassoon. Adorned in evening elegance and sparkle they made their Clarksville debut at the Music Concert Hall at APSU’s Mass Communication Building.

The performance opened with a composition of Ms Spellman-Diaz entitled, ‘Call.’ As Ms Spellman-Diaz explained to the audience, it is a simple four-note motive and its response, based on the traditional African call-and-response form. This piece has the oboe opening, initiating the ‘call’ from soft undertones to vibrant, jubilant oration and each accompanying instrument then responds and in turn, assumes the role of ‘call’ to which the others then respond. It served to inform the audience the wide range with which the instruments and their crafters have melded into a single expressive unit and portended the revelations that were in store in this performance.

“Danza de Mediodia,’ followed. This composition by Arturo Marquez, proved a
lively and deceptive number. The English translation is, “Dance of the Afternoon,’ and the Imani Winds played it beautifully to conjure idyllic images of an afternoon filled with soft breezes, passing clouds overhead as you lay on a hillside or in a field of soft grass as a clutch of butterflies dances in the distance. A dance of melody created by clarinet, French horn and flute, piccolo and bassoon carried the audience to the dreamscape of a Cezanne painting.

Next, they performed a five-part composition called ‘Kleine Kammermusik, Opus 24’ by Paul Hindermith. From quiet understatement to pulsating brilliance, the five parts combine to enthrall the listener and delight at the same time. Hindermith composed this musical exploration with a mind toward the playful and ‘Imani’ delivers with all the joyousness he must have intended. From military march music, with a twist here and there, to the waltz-like interlude to the short and sweet to the fast-paced quarter and the loud outburst at the end, the usually shy and reserved instruments were shown to have talents far more worthy of center stage than has been their previous domains.

Following intermission, the concert resumed with a composition of Ms Coleman. ‘Speech and Canzone’ is one of the few wind quintet works that incorporates electronic music. ‘Speech,’ is centered around the news of Dr. Martin Luther King Jr.’s death as told by Senator Robert F. Kennedy on the night of the tragedy. Utilizing spacious melodies and instrument effects embedded in the texture, speech brings the past into present examination. 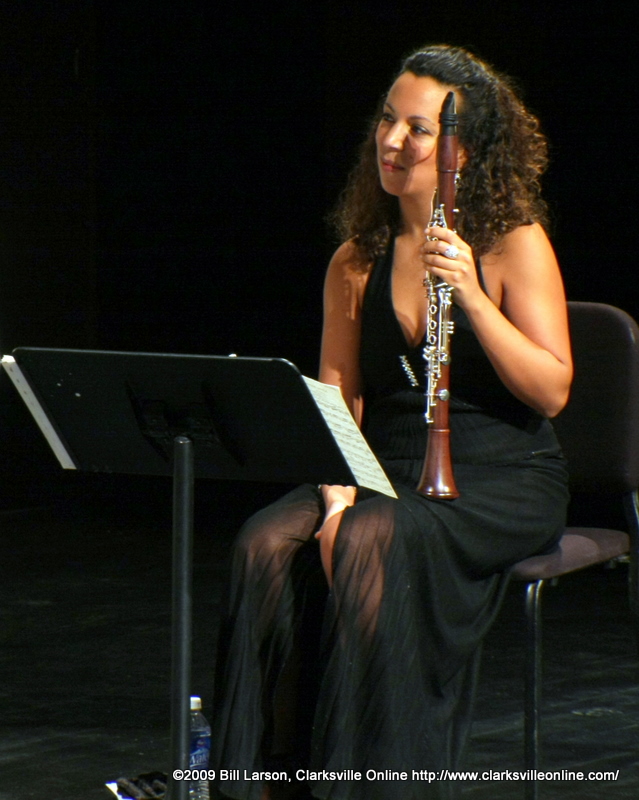 The second part, ‘Canzone’ is a festival of layered sounds and languages sharing the theme of the labor rights struggle of the working poor of the country. The layers include use of Morse Code, a polyrhythm of sounds symbolizing the building of America’s railroads, speeches of Ceasar Chavez and Phillip A. Randolph are heard through out the piece. Also present in this part of the piece, the language of ‘twi’ (a dialect of Ashanti, from Ghana) can be heard, translating phrases such as “someday we shall rise,” and “tell the truth,”

‘Quintet for Winds’ is another five-part composition. Written by John Harbison, it gave the artists another opportunity to showcase their various individual music talents in turn and as they played supporting roles of soft classical accompaniment. The setting enveloped the concert hall in the spacious eloquence of sound that belied the presence of merely five instruments.

Astor Piazzolla’s ‘Contrabajissimo’ was the final selection of the evening’s performance. Imani Winds’ own Jeff Scott wrote this arrangement . As Mr. Scott explained, Piazzolla wrote this composition for wind quintet for the bassist in his own quintet, Hector Console. It gives the bassist center stage, as it were, rather than relegating him to the typical supporting role in tango.

Likewise, in Imani Winds’ often rhythmically driven repertoire, the bassoon, being the only ‘bass’ instrument, often serves s foundation for rhythm. Scott explained that the joy of arranging Piazolla’s music lies in appreciating the soloistic nature of the individual parts. As other chamber ensembles have delighted in this strength of his compositions, Imani Winds made use of it as Ms Ellis gave full throat to showcasing the diversity and subtlety that resides in the bassoon. Her fellow quintet members rang in with undertones and accompanying supportive nuances that gracefully emphasized this new voice revelation to the listener as the tango is made new.

Enthusiastically received, it is hoped that Imani Winds will become a regular featured presence on the Community Concert Series calendar. Chamber Ensemble Wind Music has a new voice and it is wondrous in the extreme. Let’s have them again, and again.