Intelligence reports shared between Polish and U.S. forces indicated the village serves as a staging point for numerous insurgent attacks along Highway 1, the main highway in Afghanistan.

“The integration of our respective liaisons working with each other’s headquarters has allowed us to greatly advance our information sharing,” said U.S. Army Capt. Robert Kellum from Nashville, Tennessee, intelligence officer for 3rd Bn., 187 Inf. “By working together we have successfully located insurgents and their caches that we could not have found on our own.” 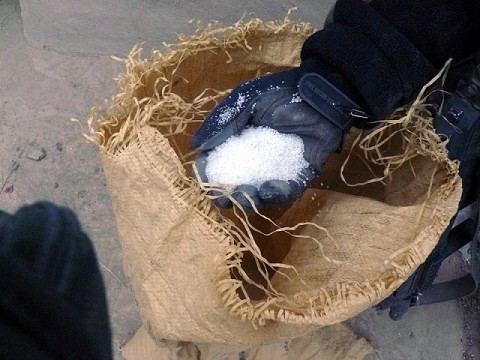 After the discovery of the caches and while en route to their home base, soldiers identified two insurgents moving on a motorcycle with a machine gun and an AK-47. They positively identified the two as threats, engaged them and killed both insurgents in a firefight.

The appearance of insurgents after the discovery of the improvised explosive device factory gave coalition forces an indication of how important the cache was to area insurgents.

“Today’s operation (was a) thoroughly prepared action, which significantly weakened the potential rebels,” said Polish Lt. Col. Jaroslaw Górowski, TF White Eagle’s Battle Group A commander. “It is very possible that the IEDs from this (cache) were used a few days ago to conduct attack on my soldiers. The consistency in action and active cooperation with U.S. Soldiers from the TF Iron gave measurable results.” 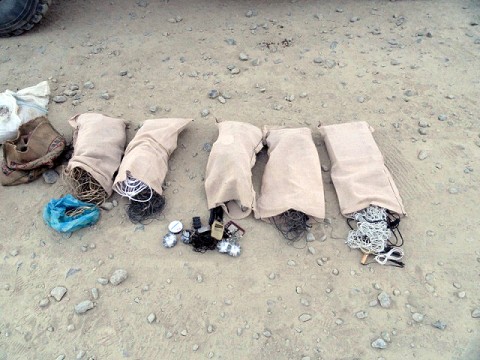 “This combined mission with the Polish near the seam of our respective areas of operation was very successful,” said U.S. Army Capt. Trevor Saunders from Phillips Ranch, CA, executive officer of Co. C, 3rd Bn., 187 Inf. “Continued cooperation between Task Force White Eagle and Task Force Iron Rakkasan will prevent the use of these seams as safe havens for insurgents. This operation also paved the way for future combined operations with the Polish battle group.”