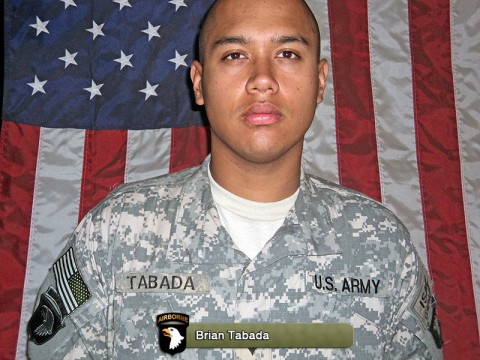 Tabada is survived by his father, Muncko Kruize of Honolulu, Hawaii and Leinette Mahan of Las Vegas, NV.

Fort Campbell holds a monthly Eagle Remembrance Ceremony to honor fallen Screaming Eagles. The next ceremony will be held March 9th at 4:00pm at the Family Resource Center.