The Self Service (Service) 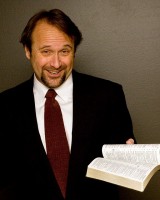 It almost seems like it never happened now, like it wasn’t real, like it was some kind of a too-good-to-be-true dream I had during some kind of sugar high.  But deep down I know it was real.

I KNOW for a fact that they USED to wash your windows and check your oil every time THEY filled your car up with gas.   Try to tell that to somebody under the age of 40 and they’ll look at you like you’re wearin’ a stovepipe hat and a 3-piece suit made out of logs.

Let’s face it – things have changed since those days.  We live in a do-it-yourself, self-service world.  Gasoline procurement was just the start.  Now, I take money out of the bank without a teller, check myself out of the grocery store and take out my own tonsils (coming next November!).

When I realized this, it dawned on me that I’ve been in the dark ages when it comes to church worship services.  They way most of us do church you’d think it was 1966 and somebody just saluted me when they loaded my groceries into my car.

I hate to break the news – but the days of full serve ANYthing are long gone!  So why in the world am I still preachin’ at people, and leading them in songs, and passin’ out communion?  Look, you get your own yogurt and fill your own coffee, I figure you can preach your own sermon if necessary dunk yourself in a river every now and then.  Why should I break my neck anymore?

Maybe I should start puttin’ waders, a Bible and an empty sermon outline on the pews on Sunday and just stay home!  Then we could all “fellowship” when the mood strikes us on Facebook – certainly would be more convenient.  And in my case – take up a LOT less time.  I mean do this right and we won’t even NEED Preachers like ME anymore!

OK, scratch everything I just said.

As together we stand and sing.
BP

For five years, Greg was host and contributing producer of the Emmy and Peabody award-winning PBS show, “Where In The World Is Carmen Sandiego?” He also hosted Nickelodeon’s “Total Panic”, the ESPN music video show “Max Out”, several segments of NBC’s “Inside Stuff” with Ahmad Rashad, and a number of specials for the premium movie channel SHOWTIME. For 6 years he co-hosted the NBA’s “Stay In School Spectacular” for NBC, working with Sinbad, Queen Latifa, Mary J. Blige, Heavy D, Kid N Play, Boys II Men, Salt N Peppa, and Wil Smith.

Greg received strong reviews for his portrayal of a crazed acting teacher in the play ACTOR! at the Egyptian Theater in Hollywood. He starred in the independent films “Interviewing GOD”, “Chaos Theory”, appeared with Katharine Ross in “Eye Of The Dolphin”, and it’s sequel, “Way Of The Dolphin”. This year he produced and starred in the short comedy film, “Killer”, which he also wrote.

For over eight years he was the voice of Principal (Mayor) White on the Award-winning cartoon, DOUG. He’s voiced several episodes of “The E! Hollywood True Story”, two Documentaries, the video cartoon series “Hoop Dogs”, and a video for the “Sundance Institute” with Robert Redford.

As a writer, Greg worked on the award-wining cartoon, DOUG, P.B. & J. OTTER, The Sundance Channel, MATTEL, The Longaberger Company, Disney, PBS, ESPN ZONE, J.W. Tumbles, Proctor & Gamble, Lucastudios and FOX. He co-created and wrote an original children’s television series entitled, SCOOBS, for The Britt Allcroft Company of Thomas The Tank Engine fame. He wrote, produced and performed three one-man shows entitled, Satan’s In The Toaster, Converstational Insanity, and When Bad Things Happen to Good Sermons. He currently writes and performs for the stage show TOKENS, and recently toured with The Apostles Of Comedy. Greg has written and produced music for Nickelodeon, Disney, PBS and MATTEL, and is currently recording a collection of his own original music in Nashville.