Clarksville, TN – On November 7th, 2012, around 3:45pm, Clarksville Police Officer Nathan Lee responded to a 911 call at the 900 Block of Riverside Drive when a woman recognized a man with warrants from a photo disseminated by the media.

When Officer Lee arrived, he immediately recognized the man as Michael Eli Gray, who was alleged to have been involved in an incident which occurred at 145 Tandy Drive. 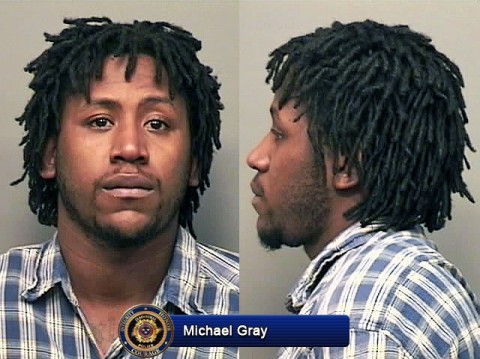 After Gray was taken in custody, there was a 22 Magnum revolver and marijuana found in his possession.

Around 8:20pm, Michael Eli Gray was served with a total of 27 warrants.

Robinson is currently on parole for aggravated assault and aggravated robbery.