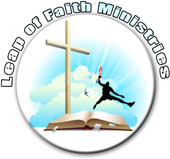 Clarksville, TN – Satan has lost the war, but he still tries to win every battle he can. When small artillery fails, he brings out the big guns. One big gun in his arsenal of deception is very effectively camouflaged as “wisdom”. The only way we can see through the camouflage is to recognize his tactics for what they are. The Lord has given me some insights about this which may help you to be victorious as you seek to have more of His power in your life.

Criticism began long ago when Satan criticized God. He quietly suggested God was doing wrong. Then he spread his opinion throughout all Heaven until other angels rebelled against God. He told man the same thing, “God is unfair. He just isn’t treating you right.” Man learned to criticize quickly. Adam blamed Eve, Eve blamed Satan. So the destructive chain continued down through history and so it continues today.

Satan’s goals were clear. He knew how to prepare man’s mind for his ultimate goal. “Get God’s creation to criticize Him.” We know that a radio doesn’t create sound. It receives what is transmitted through the air. Satan, being the “prince of the power of the air” can bombard our minds with critical thoughts. Of course, he is very deceptive in his strategies. He will get us to accept these critical thoughts, until eventually we think they originated with us and soon they become our very own. So much so that we begin to treasure them as “intuitive wisdom.”

The mind decides, “I believe I have the gift of discernment. Now I will know what is wrong with people. I can be a blessing to others by revealing their weak areas… so they can be better.” This critical spirit ensnares us into Satan’s trap. When someone unexpectedly responds, “Why did he give this to me? He must want something.” Their good gifts have been perverted by the wisdom from below. But if we receive no gift, the critical mind reacts, “If he wasn’t so selfish he might give me something once in a while.”

The spirit of criticism can never be fed enough. It will search high and low to nurse its malignant grievances and grasp hold on the most innocent actions of others. Satan isn’t interested in encouraging us to show grace to our brothers in Christ. He wants us to pile a crushing weight of criticism on top of the burden others may already be carrying. The critical spirit always tries to second guess the other person. “He said this; but he really meant that. She says one thing to me. But she probably says something else to others.”

It’s not a big step from imagining evil in our fellow human beings to criticizing God. Satan uses our lack of understanding to draw us into this final trap. He knows that some of God’s ways are completely incomprehensible to us, so he fills our minds with the thought, “God, I think you are wrong about this. You should do it this way.” Our minds become conditioned to actually think it’s okay to give God advice, as if the Creator of the universe needed our advice on anything.

What we need is the advice, such as “Trust in the Lord with all your heart, and lean not on your own understanding in all your ways acknowledge Him and He shall direct your paths.” (Proverbs 3:5,6 NKJV) In everything give thanks; for this is the will of God in Christ Jesus for you.” (I Thessalonians 5:18 NKJV) When we don’t seek counsel first, we begin to lean on our own reasoning. And we begin to slide into impatience, anxiety, and doubt. We are no longer willing to preserve by praising Him in all things because after all, shouldn’t He have taken care of this problem yesterday?

“…Will the thing formed say to him who formed it, Why have you made me like this?” (Romans 9:20 NKJV) Who are we to criticize and contradict God. But that’s exactly what we’re doing when we say, “Why did you let this happen to me God? Why aren’t you doing something about things now? God only answers, “Trust Me. I am working out what is the very best for you. Don’t run ahead of My timetable.”

Jesus life was always on schedule with God’s timetable. Although He had ample opportunity, He never permitted the spirit of criticism to find a place in Him. Though He suffered through humiliation that should have evoked seething criticism from Him, His response was always, “Father, forgive them.” When others said, “stone her to death”, He said, “I do not condemn you. Go and sin no more.” When Jesus own disciples wanted to call down fire from heaven, He said, “You know not what spirit you speak from. I have not come to destroy.”

Jesus could look on evil and see it for what it was. He knew its source. Never did he turn His back on evil or ignore it. But when the time came to do something about it, He did what needed to be done. The real enemy was evil, not the people it used. And Jesus always got right to the core of the problem, whereas you and I focus on its outer surface.

Because His judgment was based on perfect wisdom, unburdened by supposition and false accusations, Jesus could say to people, “You’ve broken God’s law. But I love you and want to forgive you.” Whereas criticism found no place in Him, it does quite easily in you and me. Criticism can destroy even the most sacred of relationships. 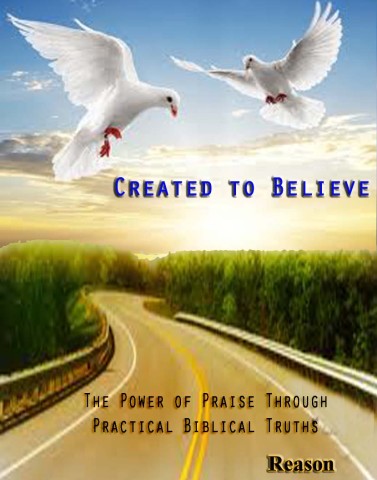 We are continually confusing evil with our own clouded perceptions of reading evil into good. We let the seeds of criticism become so rooted in our natures that we can’t discern when we are really seeing evil or when we are just falsely accusing others.

The power of Christ will flow in us more freely as we learn the beautiful art of looking at others and not seeing reasons to be critical. This requires changes in us, not in them.

Richard Garretthttp://leaporg.net/
City Councilman Richard "Reason" Garrett has gained extensive business knowledge and negotiating skills as the Executive Director of the LEAP Organization.  LEAP Org provides youth development services.  As a licensed realtor for Keller Williams Realty, he is known for his tenacity, perseverance, honesty, and fairness.  A proud APSU alum, Richard graduated with Honors with a Bachelors in Public Management.
Richard is a former active duty Marine, father of 4, and a husband with strong ties to the community. He is a graduate of Leadership Clarksville and a member of Clarksville Rotary, Clarksville Area Ministerial Association, Chamber of Commerce, Clarksville Association of Realtors Public Relations & Charity Relations Committees, and Clarksville Community Partners Group.
For more information on Richard visit www.reason4clarksville.com. He can be contacted directly at 931-378-0500 or via email richard@reason4clarksville.com
RELATED ARTICLES
Spirituality