Clarksville, TN – Hayley Beard, a member of the Austin Peay State University pom squad, was awarded a scholarship by the Foundation of the National Student Nurses Association (FNSNA) for the 2013-14 academic year.

Beard, who is a nursing major, was one of 69 students across the nation and one of eight in Tennessee to receive the Promise of Nursing Regional Scholarship. 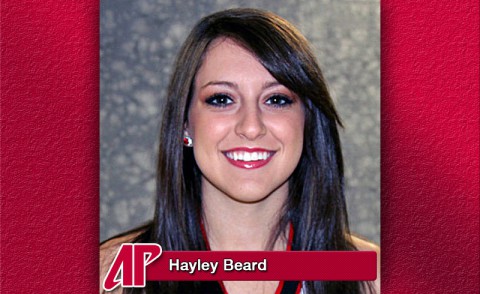 Sponsored by the Johnson & Johnson Campaign for Nursing’s Future, the Promise of Nursing regional fundraising events have raised over $18 million since 2002 for undergraduate student nursing scholarships, faculty fellowships, and nursing school grants. In addition to Johnson & Johnson, many healthcare organizations, hospitals, and community businesses have given their support to the Promise of Nursing regional fundraising gala events.