HomeSportsMontgomery Central, Rossview and Clarksville High come away with wins in TOA...
Sports 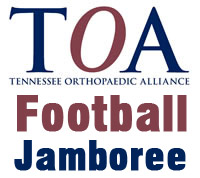 Montgomery Central found the end zone on three of its first four possessions, to get out to an 18-0 advantage over Northwest, before the Vikings closed out the matchup with a late TD and two-point conversion.

The Indians defense would hold the Vikings to a three-and-out to open the game, while getting the ensuing punt in good field position at the Northwest 45.

It would take Montgomery Central only four plays to get into the end zone, with Devin Prewitt going in from nine yards out – set up by a 27-yard run by Tyler Snead — to make it 6-0, with 8:11 left in the first quarter.

Northwest’s offense would continue to stall on its next drive, also a three-and-out, with the Indians getting the Viking punt at their own 43.

Central would march down the field on a 10-play drive, highlighted by a 25-yard run by Snead, with Elmer Smith capping the drive with a three-yard touchdown catch from Peyton Delvendahl, to make it 12-0 with 2:21 left in the opening quarter.

The score would remain that way until late in the second quarter when the Indians got the ball at the Vikings 30, on a failed fourth-down attempt, and took it in four plays later on a 28-yard TD catch by Heath Greene from Delvendahl at the 4:58 mark.

Northwest would respond with its lone touchdown of the night, as Markel Kea broke through the Indians’ defense and raced 64 yards for a touchdown.

The Vikings would add the two-point conversion on a Kea run for the 18-8 final.

Rossview’s defense stymied Christian County’s offense all night, holding the Colonials to 70 total yards on offense, while not letting their Kentucky neighbors past the Hawks own 41 yard line on any of their five drives on the night.

Offensively, the Hawks moved the ball fairly well all night, but Rossview’s lone score came in its first possession of the game – going 50 yards on 10 plays – with quarterback Charles Talleyrand scampering in from 22 yards out with 6:37 left in the opening quarter.

Talleyrand would finish with 100 yards of total offense, with seven rushes for 43 yards and 57 more coming through the air as he connected on 3-or-6 pass attempts.

Rossview had a chance to add to its lead early in the second quarter, driving inside the Colonials 30 yard line, but had the drive stall.

In the final matchup of the night, Clarksville High got touchdowns from both its offense and defense to go up 14-0 early, and then hold off Christian County at the end, 14-7.

The Wildcats defense would strike the first blow, as D’Vaughn Whitt blasted Colonials quarterback Craft Dixson from the bland side and force a fumble at the Christian County 23 yard line.

Rhakeim Bembry would be the beneficiary of the loose ball forced by Whitt, as he scooping it up and took it in for the touchdown and a 7-0 lead 1:56 into the game.

Clarksville High would hold Christian County to a three-and-out on its next possession, with the Wildcat offense getting good field position at the Colonials 43, after a short punt.

The Wildcats would take advantage of the field position, putting together a 10-play drive, capped by Jeff Webb’s five-yard TD run to make it 14-0, with 5:30 left in the opening quarter.

It would remain 14-0 until the opening minute of the second period, when the Colonials capped off their best drive of the night – 80 yards on 10-plays – with Dixson sneaking it in from one yard out at the 11:28 mark to cut the Wildcats advantage to 14-7.

The Colonels would threaten twice more in the final quarter to tie the game, getting down to the CHS 24 and 19 yard line in the final eight minutes, but the Wildcats defense stiffened and ended both Christian County drive on downs.