Bradley claimed the OVC Golfer of the Week honor after finishing tied for eighth (with this week’s co-winner) at the Cardinal Intercollegiate held at the Cardinal Club in Simpsonville, KY. 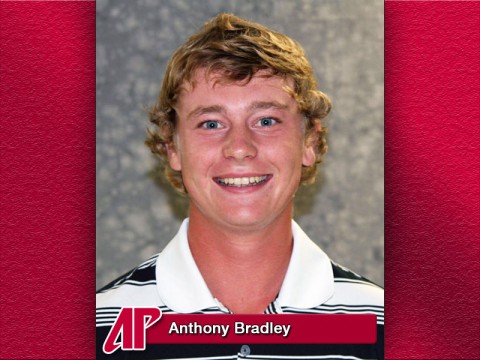 The senior carded rounds of 72-70-74 to finish at 216 (even par) and help the Governors to a third-place team finish in its second event of the fall season.

Bradley shared the OVC award this week with Jordan Smith from Murray State for his similar performance at the Cardinal Club in Simpsonville KY.