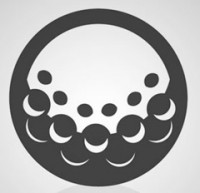 Clarksville, TN – Former Clarksville High School and future University of Tennessee at Martin golfer Hunter Richardson continues to add to his list of accomplishments on the links, as the incoming Skyhawks freshman earned a spot in the 2014 U.S. Amateur Open in a 36-hole qualifier at the Cleveland (TN) Country Club July 14th.

Richardson finished is a three-way tie for second place in the qualifier along with Tennessee at Martin teammate Ben Reeves and current University of Alabama golfer Tom Lovelady, who finished with scores of 136 (-6).

Reeves sank a par putt on the first playoff hole to advance to the U.S. Amateur Open, while Richardson and Lovelady needed two more playoff holes to decide who would get the final qualifying spot.

Both golfers bogeyed the second playoff hole, but Richardson tapped in a birdie putt on the par-3 hole to join Reeves and Mitchell as qualifiers to the elite U.S. Amateur Open field.

“My immediate reaction was really just shock,” said Richardson, in a release from the UTM Sports Information Office. “I never had doubts that I couldn’t qualify, but I knew that I’d have to play really well. Not many people get to experience something like this and I am so excited to be able to play in the U.S. Amateur Open and on that amazing golf course.”

The U.S. Amateur will take place on Aug. 11th-17th at the Atlanta Athletic Club in Johns Creek, GA. Qualifying for the U.S. Amateur Open comes just four days after Richardson finished in a three-way tie for second place (72-69-69=210/even) at the 51st annual Tennessee Junior Amateur championships which were held at Sevierville Golf Club’s River Course in Sevierville, TN.

The first, second, third and quarterfinal rounds of match play at the U.S. Amateur Open will be televised on the Golf Channel on August 13th-15th. The semifinal and championship matches will be shown live on NBC on August 16th-17th.